India: The Supreme Court puts out the welcome mat

India should be even more attractive to foreign investors, now that a recent case has decided that Indian courts cannot interfere in foreign arbitration awards 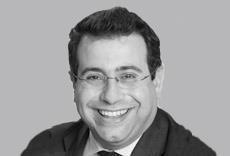 Probably at the end of the to-do list, in negotiations for an international construction project, is the important, but unexciting, “what if?” question. What if high level discussions or mediation don’t resolve a dispute? Where do we go next? Arbitration is an obvious answer for parties from different countries, avoiding any concerns about the speed, expertise or independence of local courts. And assuming the relevant countries have signed up to the New York Convention, enforcement of an arbitration award should, in principle, be fairly straightforward. Unless, of course, the legal system involved is not content to enforce an award without first carrying out a post-mortem. Which is what has been happening in India until a very recent and dramatic U-turn by India’s Supreme Court.

Despite the global recession and general commercial pessimism, India is still an attractive investment destination. According to a recent survey by the UN Conference on Trade and Development India is, after China, the second most important Foreign Direct Investment destination for 2010-2012 for transnational corporations and construction is one of the sectors attracting the highest inflows of that investment, with the UK among the leading investors. According to Ernst and Young, foreign direct investment in India increased in 2011 by 13% to $50.8 billion. India is keen on greater foreign participation in its infrastructure but, until the Supreme Court’s decision in Bharat Aluminium vs Kaiser Aluminium Technical Services, potential investors might have been forgiven for thinking twice about committing their money.

The problem was that the Indian courts had been interfering in foreign arbitration awards, a failing compounded by the notorious delays in the court system. Part I of the 1996 Indian Arbitration Act was supposed to deal only with domestic arbitrations (as distinct from Part II of the Act which dealt with foreign arbitrations) but the courts applied it to foreign arbitrations. This meant that the Indian courts could pass interim orders for protection, i.e. effectively suspend enforcement of arbitration proceedings that were not subject to Indian law. It also allowed them to set aside foreign awards on various grounds, notably if the award was contrary to “public policy”, an elusive benchmark that was the basis for setting aside some perfectly valid foreign awards.

But the judicial interference did not go unchallenged. A number of petitions challenged the Supreme Court’s previous decisions on the nature and extent of judicial interference by Indian courts in international arbitrations and, in January, the Court put all the petitions,headed by Bharat Aluminium vs Kaiser Aluminium – but also including, amongst others, a dispute on a contract for the supply of equipment and development of a Indian coal mine, and disputes under two shipbuilding contracts – before a constitutional bench of the Court.

And to rule out any possible interference by other routes, the Court also went on to rule out any power for the Indian courts to make interim orders in foreign arbitrations under other legislation, including the Specific Relief Act and the Civil Procedure Code.

The only disappointment in this very welcome ruling is that it only applies prospectively, so that this new non-intervention policy only applies to arbitration agreements entered into after the date of the decision. It should, however, go a long way to boosting the confidence of those who might otherwise be deterred by the Indian legal system. Now that the Supreme Court has put out the welcome mat, the opportunities presented by India look a rather more attractive proposition.