Is altering the green belt the key to solving the UK’s housing crisis?

News of green belt boundaries being altered can often result in an element of local opposition, but amendments to national planning policy provide opportunities for better engagement 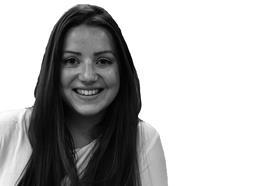 Recent analysis by the Campaign to Protect Rural England (CPRE) said that nearly 5,000 hectares were cut from England’s green belt last year to help meet housing targets. While that may sound like an alarming figure, it’s important to consider the scale of the green belt in total: England’s 14 green belts comprise over 1.6 million hectares. If CPRE’s figures are correct, this would represent a loss of 0.3%.

Green belts are a useful planning tool, allowing land to perform an important strategic function, including encouraging the development of brownfield land. However, national policy recognises that in some instances, including where the growth of settlements would not discourage development of brownfield land, the shape of green belts may need to be altered to facilitate planned growth of settlements in the most sustainable way. The NPPF provides the mechanism for green belt boundaries to be altered through the plan making process, requiring local authorities to set out the exceptional circumstances as to why this is justified.

Many local authorities proactively plan to expand their existing towns into previously allocated green belt areas to create the best places for people to work and live. Releasing green belt is an important part of solving the housing crisis so that homes can be built where they are most needed. In considering whether it is justified to release green belt land, it is important to balance the function and importance of green belt land with other planning considerations. These include its contribution to promoting or constraining sustainable forms of development, the role and function the green belt performs, and the alternatives available to local authorities for meeting their development needs.

There are numerous examples of local authorities proposing to build on ecologically rich open countryside beyond the green belt, rather than releasing green belt land. As part of proactive plan making local authorities should review their green belts to assess whether they are the most appropriate shape, and how they are performing against the purposes, as set out in the NPPF.

One of the purposes of green belts is ‘to check the unrestricted sprawl of large built-up areas.’ This is a spatial planning consideration, to prevent unrestricted growth of large settlements. In some instances, settlements growing outwards will achieve the most sustainable patterns of development. green belt boundaries should be amended to support this type of growth.

Another purpose of green belts is ‘to prevent neighbouring towns merging into one another.’ green belt boundaries can be amended to allow settlements to grow, without reducing the spatial or perceptual experience of separation of towns. Development management planning policy requirements such as the creation of robust landscaping features can be an important part of new development schemes that require the re-drawing of green belt boundaries which previously served this purpose.

Further purposes of green belts are ‘to assist in safeguarding the countryside from encroachment’ and ‘to assist in urban regeneration, by encouraging the recycling of derelict and other urban land’. These purposes support a ‘Brownfield Land First’ agenda, which is aimed at making the best use of previously developed land in urban areas the focus for regeneration, before developing any of the land beyond. This approach has been successful, particularly in the South East of England, over recent years but with the result that significantly less brownfield land now available for development. It is important to recognise the contribution brownfield land can make to meeting the development needs and aspirations of local authorities, but in many cases, the total brownfield land available usually falls short of the land needed to deliver required growth, meaning greenfield sites, and sometimes the green belt, are required to meet development needs in full.

News of green belt boundaries being altered can often result in an element of local opposition, but amendments to national planning policy which seek to engage local people in the process of amending green belt boundaries provide opportunities for collaborative working and better engagement which will hopefully result in increased support for house building schemes that are helping to solve the UK’s housing crisis going forward.