It pays to go zero carbon 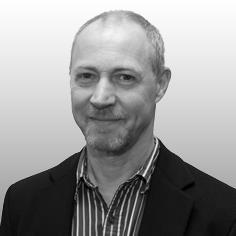 The latest figures showing a semi-detached home built to the zero carbon homes standard costs £5,100 more than one built to current energy regulations (see news story and economics article here) proves that a long-term approach to policy can deliver radical benefits at reasonable cost. When the zero carbon policy was introduced in 2006 the theory was the long-term target would drive innovation and reduce costs. In 2006 figures from Sweett calculated a zero carbon home would cost over £40,000 more than one built to 2006 regulations.

In 2011 Sweett and the Zero Carbon Hub calculated a semi-detached home would cost £11,891 more than one built to 2010 energy regulations. Those costs have fallen by over half in three years because of cheaper PV and a much better understanding of how to cost effectively deliver a zero carbon home, and are estimated to keep going down. That is impressive even when the change in definition of zero carbon and tougher energy regulations are factored in and is a clear message that this is no time for wobbles on zero carbon policy.