There’s no better way to breathe life into the economy than to build homes. Shame the government has lost all credibility on the sector’s biggest issues… 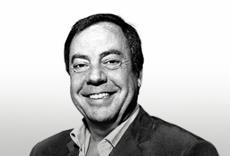 Every day another headline seems to decry the government’s latest efforts to solve the housing crisis. Each minister, whether Grant Shapps, Mark Prisk or Vince Cable, seems to have as much credibility in this area as a Jimmy Carr tax return, with housing starts falling 11% in the first three months of the year compared to the last quarter of 2011. In simple terms, building more housing in the UK is not just desirable, it is a necessity. The National Housing Federation has recently pointed out that while the government is investing in roads, rail and energy - all vital - none of these gives such an immediate return as housing. Investment in housing reaps multiple benefits: it stimulates economic recovery, it creates jobs and most importantly it gives those in society who lack the most basic of amenities somewhere to shelter. This is not wishy-washy political dogma; rather, as someone once said, “it’s the economy, stupid”.

The Home Builders Federation (HBF) argues that every home built creates one-and-a-half full-time jobs, plus four times that number in the supply chain. So that’s three-quarters
of a million jobs created for every 100,000 homes built.

The HBF argues that every home built creates one-and-a-half-times more in the supply chain. That’s three-quarters of a million jobs for every 100,00 homes built

In economic terms, that’s £1.4bn income back in taxes and spending for every billion invested in the housing sector - a good return. All this as well as helping to stimulate our industry, which is still worth a huge proportion of GDP and is, according to the Office for National Statistics, the make-or-break factor as to whether the UK stays in or pulls out of recession.

We are seeing the government making the right noises in public, saying it is committed to trying to reach the prime minister’s target of 100,000 new homes being created on public land by 2015. However, with private funding still a major challenge, one wonders whether the banks embrace the government’s housing targets with the same sense of enthusiasm.

So far, efforts to promote greater lending have been met with as much enthusiasm as a drought alert. We have had Project Merlin followed by credit easing, to be superseded by the new Green Investment Bank and still no change from the banks (excuse the pun). It is lack of cash that is restricting growth, not just the housebuilding sector, but for business as a whole.

So, as you can see, building 100,000 houses is a challenge in itself. But finding a code of practice that allows contractors to build them in a sustainable manner seems to be an issue that is as challenging for HM government as putting a tax on pasties. A recent report called People and the Planet, published by the Royal Society, takes a macro view on sustainability and population based on global impact, and I quote: “Developing countries will be building the equivalent of a city of a million people every five days from now until 2050. The continuing and rapid growth of the urban population is having a marked bearing on lifestyle and behaviour; how and what they consume, how many children they have, the type of employment they undertake.”

Let me repeat that number: a city of 1 million people every five days. That’s a new Birmingham happening every week. Frightening!

The housebuilders and the government have not always been as one on the issue of green homes. The energy performance of some homes was (and still is) a subject of great debate, with a proposed increase in the energy performance of new homes being attacked as unworkable under the current method of measurement by Arup, Laing O’Rourke and Derwent London, as well as the HBF. Everybody seems committed to moving towards a zero carbon option by 2016 but nobody seems to agree on how to do it or how it may be measured. The cost of the quality assurance method of testing is going to add to the cost of new homes and, according to industry sources, this will eventually be passed on to the buyers.

I would like to think that as an industry we would all be stung into action by a powerful report from the Royal Society. However, it is true that when you have shareholders, partners, colleagues and banks to please, short-term expediency and the need to build quickly and efficiently sometimes outweighs what are seen as worthy but expensive changes in construction techniques. One would hope that the triumvirate of Shapps, Prisk and Cable could sort this out, but with a government that came to grief over the financial consequences of heating up a meat pie, I remain less than confident.