Jam tomorrow but what about today?

This week’s announcement of £9.4bn of railway spending is great news. But we need to invest in housing to get out of the current slump 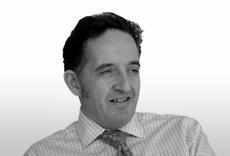 Last week saw the launch of Creating Britain’s Future, the latest phase of the UK Contractors Group’s (UKCG) campaign to convince the government and other decision makers that the construction industry not only delivers essential infrastructure but also offers policy makers the fastest, most direct way of driving GDP growth.

Whether by good planning or coincidence, the campaign has coincided with major announcements on future investment programmes - particularly Network Rail’s £9.4bn Control Period 5 programme - covering spend from 2014 to 2019.

Investment in construction matters. The Office of Budgetary Responsibility (OBR) explicitly recognises the contribution described by UKCG’s 1:2.84 ratio of construction spend to GDP growth. In the OBR’s GDP growth forecasts published to accompany the 2012 Budget, their assumption was that most future growth would be driven by capital investment and the housing sector. With construction activity falling, the housing market weak and business confidence slipping away, it is not surprising that the economy is looking so feeble.

Long-term planning is important, not only to give businesses confidence, but to enable supply chains to evolve to meet new requirements

Long-term announcements on the funding of infrastructure projects are hugely important, providing the industry with confidence to invest and a platform on which to build long-term relationships. Frameworks for major programmes associated with gas and electricity distribution are currently being procured and others, such as the Water Industry’s AMP6 programmes, will be developed over the next 12 months. Long-term planning is important, not only to give businesses confidence, but also to enable supply chains to evolve to meet new requirements. Large-scale capital investment programmes are likely to lead to increased asset maintenance requirements - with new demands on skilled labour and management.

The irony is that these announcements, affecting spend in two-to-three years’ time, are being made at a time when infrastructure spending is at a historic peak. It’s not a case simply of jam tomorrow - it’s a case that today’s jam just isn’t sufficient to sustain industry activity at healthy levels. It’s also the case that spending on infrastructure focused on long-term frameworks favours a relatively small number of major contractors and suppliers. This means that many parts of the industry are not in a position to benefit from the investment - for some organisations, it’s just the wrong sort of jam.

To be fair to the government, it is also working on the short-term agenda. It is providing secure funding for low-deposit house purchasers, has identified around £2bn of funding to accelerate 30 or more highways projects and will shortly be confirming proposals for greater support to affordable housing. Unfortunately, other aspects of government performance - delays to the schools and defence programmes, for example - show that even when the funding is available, the public sector doesn’t always have the capacity to spend it.

Long-term investment plans are essential to the delivery of major infrastructure schemes but rely on long lead-in periods and high-calibre management teams to design the programmes and build the organisations to deliver them. Moreover, these programmes can’t provide the shovel-ready projects that the industry needs to move out of its current slowdown.

They are essential for the long-term economic health of the industry and the UK, but can’t provide the “Plan A+” boost that is required not only to get through the current slump but to maintain capacity across the industry.

Housing is an obvious area for rapid investment to be channelled. It certainly worked in 2010, when activity grew by over 50%. The gap between housing need and supply continues to widen, threatening the wider long-term recovery if families are not able to find somewhere to live where new jobs are created. Plus, housing projects are typically at the small end of the scale, have a low-risk profile and can deliver most if not all of the spin-off benefits identified by the UKCG. Clearly there are many challenges associated with reviving the affordable housing market and a number have been self-inflicted by the government. But, given the number of U-turns that have been made in 2012, there must be an opportunity to turn things around for housing.

This week, the government has done the right thing for Britain’s railways. Construction also needs a quick boost and has shown that there is no better place to spend money in the short term. The UKCG’s campaign could not be better timed.