For real change of the judicial review process, the courts need greater funding to speed up the determination process 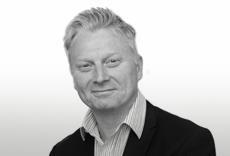 The government’s decision to press ahead with reform of the judicial review system, in a bid to speed up consideration of planning and other matters in order to realise economic benefits sooner rather than later, is welcome. However, the changes are unlikely to achieve much unless the courts use the powers they already have to better effect.

While the UK planning system is protracted at times and many believe it would benefit from greater expediency, an effective screening process to root out ‘weak and ill-conceived’ applications for judicial review is already in place. Now the government is proposing to shorten the length of time allowed for such applications to be made and to limit the rights of those making such applications to appeal against court decisions that go against them.

The time allowed for initial judicial review applications to be made is not really a concern, it is the time taken to consider them once they are in the system that is proving a burden

The courts are already obliged to screen judicial review applications and have the power to block requests that are without merit. Part of the problem comes when blocked requests are subsequently renewed by way of an oral hearing and proceedings can be reinstated at that point if the court gives the necessary permission.

The time allowed for initial judicial review applications to be made is not really a concern, it is the time taken to consider them once they are in the system that is proving a burden and slowing down decision-making.

Under the current judicial review system, applications must be made within three months of an initial decision being made. However, such requests can be blocked if the judge believes that the application has not been made quickly enough, even if it is made before the initial three month window has closed. The courts can also choose to extend the three month period if they wish.

The courts can already refuse applications that are made too late or in their opinion, have not been brought quickly enough. Reducing the window for applications to just six weeks would certainly encourage faster applications but their treatment would be much the same once proceedings are underway.

Reducing the time allowed for judicial review applications from three months to six weeks would however bring the system into line with that used to bring challenges against planning inspectors’ decisions to grant planning permission on appeal. In that sense, the systems would be more consistent.

The proposed changes to the judicial review process could also help to speed up the delivery of some local infrastructure and development projects, bringing economic benefits and encouraging inward investment.

While the right for commercial interests and members of the public to mount a judicial review must be protected, there are instances where local rivalries are allowed to slow down the planning process unnecessarily and sometimes at considerable cost to the tax payer. Such instances should be blocked as quickly as possible.

Speeding up the judicial review process is likely to be beneficial to some but real change is only likely to be achieved through greater funding of the court system in order to speed up the determination process.