Latham was right about partnering 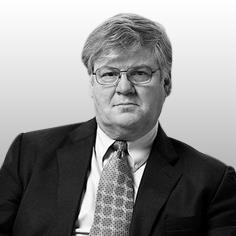 As I finished my time in Whitehall, I remember saying in a Cabinet Office board meeting that it was my proud boast that the Government Construction Strategy contained virtually no new thinking. The fact is that we do know how to do things better, but fail to apply our learning consistently, so for every example or sparkling success there is a matching example of dismal failure.

Most of what we needed to know had been set down in two major predecessor reports: Sir Michael Latham’s Trust & Money (and there’s a title that has stood the test of time) and Constructing the Team - two publications, but one coherent piece of thinking; and Sir John Egan’s Rethinking Construction. If there was a difference in the government strategy, it was in attempting to capture the best of both.

Latham’s approach suggested a starting assumption that no great improvements could come unless the culture and habits of the industry changed, and I see the focus of his reports as behavioural. Egan, by contrast, started with the view that nothing fundamental could change unless the structure of the industry and the processes by which it operates changed. He therefore set those things as the focus of his report - and in doing so, I believe he was too dismissive of the potential for Latham’s thinking to serve as the foundations of a more realistic re-shaping of the industry’s landscape.

One lesson from both approaches is that you do not change businesses by preaching to them, nor by shouting at them. You change them by changing their business drivers and pointing to better prospects for those who respond positively.  As I have put it many times, if we want more intelligent answers from the industry, then we have to ask more intelligent questions.

The proper test of Latham should not be to count how many of his recommendations we can tick off as implemented, but rather to see whether the ideas live on and influence current thinking.

The one ace that government holds in this game is its own buying power, and the £10bn or so a year that it spends on construction. A thrust of the Government Construction Strategy was therefore to look at how departments could change the way that they treat with the industry, in order to “pull” (a good Egan word) those behaviours, structures and processes that will lead to a better offer: Latham + Egan = a good thing.

Eventually, though, government feels entitled, even obliged, to let go of the reins of reform and “leave it to the industry”; or a new administration, disliking anything invented by the other lot, overturns whatever might exist and replaces it with a new body with a new tag line - but no new ideas, and the energy goes out of the agenda.

But I have long believed that if an idea is good enough and right enough, it will keep coming back.

In retrospect, we can see that two of the recommendations of Latham, two driving ideas, have embedded themselves in the daily language of our industry. The first is adjudication - now the first port of call for dispute resolution, still resisting the efforts of lawyers and their clients to make it as expensive and unwieldy as the old ways, and serving as a deterrent against arbitrary behaviour. So that’s a success.

It is down in the supply chain that the serious money gets spent, and where the potential for innovation lies.

The other, more profound, idea, was partnering - less successful but still a work in progress. There is little doubt that the replacement of confrontation with genuine collaboration would take incalculable amounts of waste out of the real cost of construction. This was never going to work, though, while partnering was seen by contractors as a one-way process: as something they expected of their clients, but rarely extended to their supply chain. For it is down in the supply chain that the serious money gets spent, and where the potential for innovation lies. We will eventually find a way of reconciling this blindingly obvious truth with the opportunistic business models and practices that currently frustrate that potential. So that’s a success in waiting.

That other recommendations still lay dormant does not make them wrong, of course (what other industry would need to be told that co-ordinated project information might be a good plan?); and the proper test of Latham should not be to count how many of his recommendations we can tick off as implemented, but rather to see whether the ideas live on and influence current thinking. They do, even if it is all taking so much longer than hoped. Certainly when we all come to be weighed in the balance, I don’t think that an excess of optimism will be judged much of a sin.

And maybe in another 20 years, a few businesses will have demonstrated sufficient leadership to chart a course through the good things espoused by Latham + Egan and take ownership of the whole process, collaborating and innovating their way to a better offer for their clients, and will have become so successful that everyone else has had to follow their lead to keep up. Now wouldn’t that be some legacy?