Legal: A boost for third-party rights 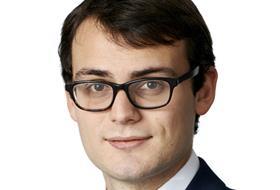 The Court of Appeal has recently upheld a Commercial Court decision lending support to a robust application of the Contracts (Rights of Third Parties Act) 1999. The court’s decision is likely to give further encouragement to the use of third-party rights in the construction industry and beyond. By adopting a broad view of what is necessary to identify a class of beneficiaries for the purpose of the rights of third parties act, this may also pave the way for greater use of automatic vesting mechanisms. This might allow for consequent savings in time and cost for purchasers, but is a reminder to suppliers to stay vigilant as to parties that might be able to enforce rights in their contracts.

The claimants were investors who made failed investments in a holiday resort development in Cape Verde. The investors sought to recover their investment by enforcing the terms of a contract to which they were not a party. The contract they wished to rely on was a letter issued by the promoters of the investment scheme to Clydesdale Bank instructing the bank to open a client account for the investments. The letter made reference to a “segregated client account” and imposed conditions on when funds could be withdrawn from the account. It did not otherwise expressly name the investors as parties paying into the account.

This led the court to consider whether the rights of third parties act allowed the investors – who were not a party to the underlying letter of instruction – to nevertheless enforce its terms.

The Court of Appeal

In broad agreement with the first instance decision, the Court of Appeal found that the investors were entitled to rely on the act in order to enforce the terms of the letter. In finding this the court noted:

Although not a case dealing with construction contracts, the decision certainly shows willingness from the courts to broadly apply the Contracts (Rights of Third Parties Act) and to allow third parties to rely on contracts to which they are not a party.

In construction contracts, this may well give further confidence to purchasers to leave the more traditional (and time-consuming) route of collateral warranties behind and instead use the third parties act to vest rights in third parties that have an interest in their projects (such as funders and tenants). On a more expansive scale, they might even look to automatically vest these rights, so that the rights are granted from the moment the supply contract is completed.

In light of this continuing confidence in third-party mechanisms, it seems more important than ever for suppliers to keep an eye out for exactly who has rights to enforce the terms in their documents. Remember, just because you haven’t signed a collateral warranty, that doesn’t mean you don’t owe rights to third parties. A good rule of thumb for suppliers might well now be: if in doubt, a robust clause excluding the application of the rights of third parties act altogether never does any harm.