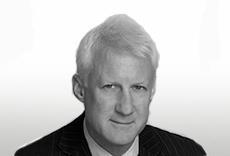 The latest figures from EC Harris, which were released today, reveal that the duration of disputes in the construction sector in 2012 increased by a third when compared to 2011. This is partly due to the way contracts are set up, with clients going for the lowest tender, which inevitably leads to conflict because the contractor cannot be expected to sustain losses.  Contractors are in business to make, not lose, money but many clients don’t seem to understand that fact.

This scenario is prevalent currently, where clients think they can drive the cost down because of overcapacity in the supply side of the construction market.

Of course, contractors bidding at zero or negative margins are also to blame for encouraging clients to buy on the cheap but this only stores up the problem for a later date.  Those problems manifest themselves in increasingly hard fought disputes.

The fact that disputes are taking longer is because clients are fighting harder to protect tight budgets but there is only one way for the contractor to go, if it wants to avoid a loss - fight on!

Parties are still going to court rather than just adjudication firstly because large and complex disputes are simply not suited to being shoe-horned into a 28 day adjudication process.  Secondly, the judges in the TCC provide a high quality judicial service that is not always guaranteed with the tribunal in an adjudication. Thirdly, if a party considers its prospects of litigation are good, then why spend money on prosecuting an adjudication (where each side usually bears its own costs) rather than litigating (where the winner should expect the loser to pay its costs). Those costs (solicitors, experts, counsel) can be substantial, running into hundreds of thousands or several millions in particularly large and complex cases.