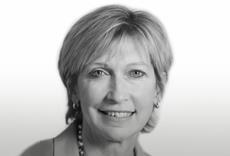 Blyth & Blyth Consulting Engineers turned to the Human Rights Convention when sued by Whyte & MacKay Limited, the whisky company, for enforcement of an adjudicator’s decision of £3 million (Court of Session, Scotland 9 April 2013), but not for the usual “natural justice” argument.

The problem was a settling floor slab in Whyte & MacKay’s bottling plant that arose several years after completion. Whyte & MacKay had an adjudicator’s decision that found this was due to lack of specification by Blyth & Blyth (B&B) of piling. The main losses awarded were the reinstatement costs of the floor to be incurred many years down the line when the leased bottling plant was handed back and a year’s loss of profit while the works were done. B & B immediately launched a counter-claim to have the whole dispute dealt with by the courts.

One of the grounds argued was that enforcement was contrary to Article 1 of the First Protocol to the Human Rights Convention:
“Every natural or legal person is entitled to the peaceful enjoyment of his possessions …”

B&B argued that enforcing the award was interference with their “possessions” which was not justified as a proportionate.
This argument succeeded because:
• This dispute did not need a quick answer.
• It had arisen many years after the contract was completed.
• Most importantly, the bulk of the losses claimed would not be incurred for many years.

It would be disproportionate and wrong to enforce the award, in the event that B & B were ultimately successful in their counter-claim ( without security).

Whilst this decision has very peculiar facts, the argument of balancing enforcement against a party’s right to peaceful enjoyment of his possessions may just be beginning.