Legal: The end of the smash and grab? 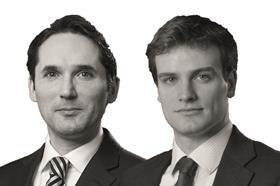 In the important recent decision of Grove Developments Ltd vs S&T(UK) Ltd [2018] EWHC 123 (TCC), Mr Justice Coulson has declined to follow the line of cases starting with ISG vs Seevic which are the basis for contractors’ “smash and grab” adjudications. The decision is likely to put a large dent in this practice, as it will allow employers to challenge, via separate adjudication proceedings, an interim valuation, even if no valid payment notice or pay less notice has been issued.

The case concerned the construction of a Premier Inn hotel at Heathrow. Shortly after practical completion, the contractor, S&T, issued an interim application to the employer, Grove, seeking payment of just over £14m. Grove served a detailed payment notice, but late. Grove then served a pay less notice, on time, cross-referring to the valuation in its (invalid) payment notice, and deducting liquidated damages so that no sum was payable to S&T.

If an employer has not served the right notices, it may still have to pay the full amount […] but it can now quickly seek the return of any overpayment through its own adjudication claim

S&T successfully brought adjudication proceedings challenging the validity of the pay less notice and claiming payment of the full amount of its application. Meanwhile Grove started Part 8 proceedings in the Technology and Construction Court seeking a declaration on that point, and an order that, even if the pay less notice was invalid, Grove could run a second adjudication to determine the “true” value of S&T’s interim application.

ISG vs Seevic, and various cases following it, held that an employer failing to issue a valid payment or pay less notice must pay the full amount of the contractor’s interim application and cannot subsequently ask an adjudicator to open up, review and revise that valuation. This has led to contractors disputing the validity of payment or pay less notices near the end of projects (when the parties’ valuations of the works often differ significantly) in the hope of securing a windfall payment of the full amount of their valuation which the employer cannot then challenge until the final account.

Mr Justice Coulson decided the case law starting with the ISG decision had been wrongly decided. He confirmed that an employer is entitled to bring its own adjudication to decide the “true” value of the interim application, even if it has not issued a valid payment or pay less notice.

This is a significant decision and is good news for employers, as it may go some way to reducing “smash and grab” adjudications. If an employer has not served the right notices, it may still have to pay the full amount of the contractor’s application, but it can now quickly seek the return of any overpayment through its own adjudication claim.

A second issue decided was whether an employer can, in a pay less notice, incorporate documents by reference. In this case Grove had cross-referred to the detailed valuation in its (invalid) payment notice. S&T’s argument was that an employer cannot do this, as it does not properly specify the basis of calculation, and instead needs to attach any documents to the pay less notice itself.

Finally, the case tackled the requirements under the JCT form of contract for serving the notices required before liquidated damages can be deducted. Under most JCT building contracts, before the employer can deduct or claim liquidated damages, it must first issue:

S&T argued the purpose of the warning notice would not be fulfilled if the contractor had not had time to read and understand it before receiving the deduction notice (in this case, there were only seven seconds between receipt of the two notices).

The judge, however, confirmed that the period of time between the two notices is irrelevant, as long as they are received in the right order. Again, this is good news for employers and provides important clarity on interpretation of the JCT contract forms.

However, given the importance of the notices being received in the right order, employers would be well advised to ensure that these notices are not sent too close together, particularly if using the post, or email systems with sensitive spam filters or attachment size limits.

Andy Mather is a partner and Richard Rowlatt a solicitor in the construction group at Macfarlanes, which acted for the successful claimant