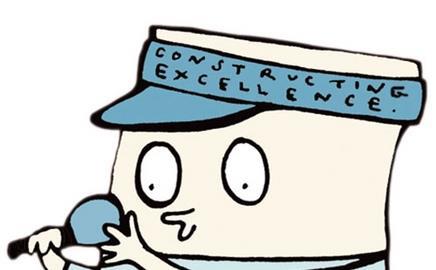 Peter Hibberd The industry has been crying out for a contract that enables teams to work collaboratively within a flexible and clear legal framework. The JCT contract is the answer

The construction industry has made considerable progress since the Latham (1994) and Egan (1998) reports. Collaborative working and partnering have provided positive and productive experiences and so have been widely adopted.

The nature of these more progressive forms of contractual relationships is different from the old way of working and hence they have not lent themselves readily to standard contracts. Instead, bespoke agreements have been drawn up in each case, specifically defining the roles and liabilities of each member of the team.

Local government identified the need to facilitate collaborative and integrative working in the procurement of construction works and services. So, the Local Government Association (LGA) proposed that the Joint Contracts Tribunal (JCT) develop a contract that enables local authorities and their supply chains to build long-term relationships and secure the mutual benefits of continuous improvement.

Different approaches to procurement demand different contractual solutions. The JCT–CE contract provides a very particular approach and adds to the range of JCT contracts available. JCT and Constructing Excellence have designed the documentation to underpin collaborative working and the formation of integrated teams.

The flexibility of the documentation means that, by employing a series of bilateral contracts within a common framework, it can be used regardless of whether or not the supplier has to design, the works are carried out in sections, or a target cost or lump sum is required. It can also be used with or without the project team agreement, which is designed for use when members of the project team wish to enter into a multiparty arrangement for the whole project. It can be used by the whole supply chain to procure construction works and services, including professional services, for private or public sector projects.

Don Ward, the chief executive of Constructing Excellence, said: “Integration and collaborative working are fundamental to improving our industry, and we are delighted that the JCT has recognised this and worked with us over the past two years. Success is more likely if the contract is aligned as closely as possible with the intentions of the parties and this is fully reflected in this new documentation.”

The new documentation is not written in fuzzy terms often associated with partnering documents, but within a rigorous legal framework

The strength of the new documentation is that it is written specifically to facilitate collaboration and partnership, not in fuzzy terms often associated with partnering documents, but within a rigorous legal framework. This is as essential for partnering as it is for other procurement arrangements. Clarity as to who does what and who carries which risk, is a priority.

Sir Michael Latham, who launched the new contract form at the presentation yesterday, said: “It is brief, it is in plain English, it is user-friendly, and it is perfectly understandable and practical.”

The new contract is based on trust and fairness – the overriding principle, stated early in the contract, is “collaboration”. The purchaser and the supplier should have the intention of working with each other and all other project participants in a co-operative manner, in good faith and in the spirit of mutual trust and respect.

The contract also makes it clear that this co-operation, collaboration and good faith should be the basis for resolving subsequent problems and disputes. An adjudicator or court should take into consideration whether the parties adhered to the overriding principle and acted in good faith throughout the contractual relationship.

The approach adopted by the JCT–CE contract may not be suitable for every project. However, it offers an alternative arrangement that will meet the needs of many, especially where long-term relationships are being established with a view to continuous improvement.

Sir Michael Latham concluded his speech yesterday by saying: “I commend the new documentation, and hope it will be widely used. This is a great industry. It needs to work together, not separately.

“Day by day, it is increasingly doing so but there is still a long way to go. We have started on the best practice road but we’re certainly not there yet. Congratulations to the JCT and Constructing Excellence for helping us along that road.”