Did the adjudication process give Aspect a new cause of action against Higgins to recover the money which it had paid out on the temporarily binding decision of the adjudicator? 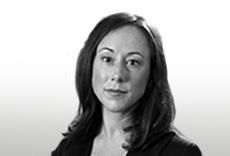 In March 2004 Higgins Construction Plc (“Higgins”) was considering whether to contract with Notting Hill Housing Trust for the demolition and redevelopment of the Ivybridge Estate in Hounslow. In doing so, Higgins engaged Aspect Contracts (Asbestos) Ltd (“Aspect”) to carry out an asbestos survey and provide a report. Aspect completed their report and Higgins paid the invoice rendered.

In October 2004 Higgins entered into a design and build contract with the Notting Hill Housing Trust. In February 2005 additional asbestos containing materials (“ACMs”) were discovered which had not been identified in Aspect’s report. Ultimately Higgins engaged a specialist to remove the further ACMs and alleged that 17 weeks of critical delay was attributable to this.

Higgins commenced adjudication some four years later in June 2009. The adjudicator found that Aspect was liable for £658,017 – approximately 80% of Higgins’ claim. Two and a half years later in February 2012 Aspect commenced proceedings seeking a declaration that they were not liable to pay damages and/or interest to Higgins in the amount decided by the adjudicator (or at all). They sought “a final and binding resolution of a dispute which was referred to adjudication”.

Presumably in an attempt to get round limitation difficulties, Aspect alleged that there was an implied term in the contract that an unsuccessful party in adjudication is entitled to have the dispute determined by litigation and if successful to recover any monies paid out following that adjudication. Aspect also pleaded in the alternative that it had paid Higgins the sum under compulsion of law and therefore was entitled to restitution of the sum paid.

Higgins said that the claim was statute barred because the alleged cause of action in contract accrued at the latest in April 2004 when Aspect delivered its asbestos report to Higgins, or in tort in June 2005 when the additional ACMs had been removed and Higgins continued with their work on site.

In the context of a dispute which has been referred to adjudication pursuant to the Scheme for Construction Contracts, and one party has paid money to the other in compliance with the adjudicator’s decision, does the paying party’s cause or right of action to recover the money paid out run from the date of payment (and therefore the six year limitation period runs from that moment)? Or does the cause or right of action run from whenever it otherwise did before the adjudicator’s decision was issued?

In other words, did the adjudication process give Aspect a new cause of action against Higgins to recover the money which it had paid out on the temporarily binding decision of the adjudicator, or did their cause of action still run from the alleged breach of contract?

Mr Justice Akenhead considered authorities in respect of implied terms, interpretation of statutes, restitution and actions for negative declarations. In particular he focused on the case of Jim Ennis Construction Ltd v Premier Asphalt Ltd (2009) in which Judge Davies found that there was an implied term of the underlying contract which meant that an unsuccessful party to the adjudication was entitled to be repaid all sums paid by it in compliance with the adjudication decision - and that a new cause of action arose at the date of payment.

Mr Justice Akenhead found that the facts of the Jim Ennis Construction case were slightly different to the case at hand. He did agree with Judge Davies in that “the obligation to comply with the adjudicator’s decision does indeed give rise to a new cause of action in favour of the successful party to compel the losing party to comply with that decision”. However, he disagreed with Judge Davies that Paragraph 23(2) of the Scheme for Construction Contracts in some way provides a “platform” for the implication of a term.

Ultimately Mr Justice Akenhead held that there was nothing in the Parliamentary debates to suggest that Parliament intended to create in every construction contract incorporating the Scheme an implied term along the lines suggested. The fact that there had been an adjudication did not mean that the limitation clock started to run afresh. He held that there was no implied term in the contract that the paying party (Aspect) remained entitled to have the dispute finally determined by legal proceedings. He found that Aspect’s claim was therefore barred by limitation. Accordingly, the claim was dismissed.

As Mr Justice Akenhead pointed out, this case raises an interesting and important issue as to when a dissatisfied party to an adjudicator’s decision must issue its proceedings should they seek to overturn that decision.

A dissatisfied party must be alert to the issues of limitation as payment in compliance with the adjudicator’s decision will not stop time running. Accordingly, a party who requires a negative declaration from the Court that it is not in breach of contract, and faces issues of limitation, must not wait until an adjudicator issues his decision and certainly parties must be proactive in recovering any damages sought and not wait years after the event.