Make no mistake: HMRC to crack down on furlough scheme abuses

Firms need to get their paperwork in order in case they get a visit from the tax man, writes Michelle Sloane

The government’s Coronavirus Job Retention Scheme (CJRS) was announced on 20 March, with the aim of protecting UK jobs during the global coronavirus pandemic. 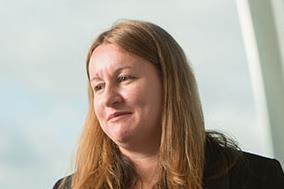 HMRC published official statistics last month, stating that over 150,000 construction sector employers had made use of the scheme, receiving £1.8bn in order to support approximately 680,000 furloughed workers.

More widely, almost 25% of the UK workforce is being supported by the CJRS at a cost of around £20bn to the Exchequer with some 2.6 million people also enrolled on the Self-Employment Income Support Scheme.

Hastily introduced with scant and complex guidance at the time, the CJRS is, in the words of HMRC’s chief executive Jim Harra, a “magnet for fraudsters”.

The full extent of fraud committed by employers in the construction industry under the CJRS is unknown at this stage. But, given over 150,000 construction sector employers made use of the scheme, accidental mistakes and fraud is anticipated to be widespread. There is anecdotal evidence to suggest that a third of employees have been asked to work illegally while being enrolled on the CJRS.

Various factors have left the CJRS vulnerable to abuse. The speed with which the scheme was announced and implemented resulted in inevitable confusion among both employers and employees – and the rules are complex. It is acknowledged by HMRC that some employers would have inadvertently fallen foul of the rules. Further, the scheme is dependent on honesty by those seeking to utilise the scheme meaning there is ample opportunity for fraudsters to abuse it.

HMRC reported on 16 July that it is considering 4,462 cases of potential misuse of the CJRS, including cases where employers have asked employees to work while on furlough or withholding funds. A week earlier, HMRC made its first CJRS related arrest of an individual based in the West Midlands as part of its investigation into a suspected £495,000 CJRS fraud. This arrest sent a clear message that HMRC is taking abuse of the CJRS seriously.

Draft legislation, which will provide HMRC with enhanced powers in relation to CJRS, is currently progressing through Parliament as part of the Finance Bill 2020, which is expected to be enacted shortly.

To help deter further abuse of the CJRS, the proposed legislation will not only give HMRC the ability to pursue those who have broken the furlough scheme rules but it will also enable HMRC to hold company officers jointly and severally liable for CJRS abuse, where a business has become insolvent.

The legislation will give HMRC the power to claw back CJRS payments made to businesses who were not entitled to receive such payments, or which have not been used to pay employment costs. Employers will be given a 90-day window in which to self-report if they have made a mistake. They will then be allowed to repay the sums received without incurring any penalties. However, following this 90-day period of grace, if HMRC considers that an employer has failed to notify a mistake, the employer will be investigated by HMRC and required to prove that they are innocent of any wrongdoing.

Businesses should, as a matter of priority, carefully review their internal records and internal systems in order to identify any discrepancies

Penalties for wrongdoing will start at 100% of the sums incorrectly claimed. If remedial action is taken swiftly this may be reduced but the penalty will not fall below 30%. Where HMRC has already commenced questioning then the minimum penalty will be 50%. HMRC has also warned that it will consider criminal charges in cases of deliberate misuse. There is also a real risk that HMRC will seek to bring prosecutions against corporates for the offence of failing to prevent tax evasion, under the Criminal Finances Act 2017.

Once the proposed legislation has been enacted, the timeframe in which to self-report to HMRC in order to avoid significant penalties, or a criminal investigation, is short.

Given this relatively short timeframe and the fact that HMRC is already investigating claims, businesses should, as a matter of priority, carefully review their internal records and internal systems in order to identify any discrepancies, before the proposed legislation is enacted. Employers should ensure any paperwork is up to date and consider collating any documentation which details the business rationale for why certain roles or employees were furloughed.

Employers should carefully review any claims they have made and ensure they have acted in line with the law and importantly can evidence this with a clear audit trail. At the end of the day, prevention is better than cure.

Michelle Sloane is a partner at law firm RPC