Making the most of modular contracts

Modular construction is increasingly viewed as part of the solution to improve both the affordability and sustainability of housing. But whether it is being used for bathroom pods or entire homes, developers do need to mitigate against certain risks – notably that of a modular manufacturer going into administration.

On a basic level, this means undertaking due diligence and investigating the finances, reputation and stability of a modular manufacturer. This approach can only take you so far, however, and is far from failproof.

One challenge of modular projects is balancing the level of upfront payment a manufacturer expects with what a developer wants to pay, with developers typically preferring smaller stage payments over the course of the build. 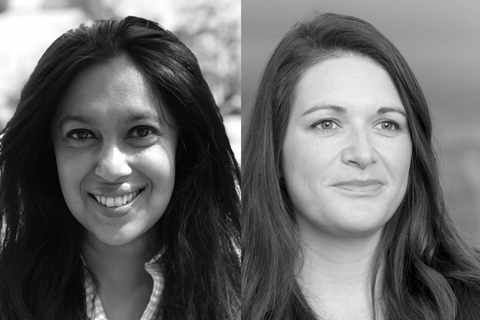 The ideal solution for developers is backloading the payments so that the product is paid for only on completion once it can be easily installed, even by another party if the initial manufacturer goes into administration.

Lord Denning’s comment that cash flow is the lifeblood of the construction industry is often cited in relation to modular projects, and manufacturers are likely to ask for upfront payments, particularly on large schemes. This is when other forms of contractual protection become particularly necessary, such as vesting certificates.

Usually ownership of the modular unit will not pass to the developer until final delivery is ready. However, it is advisable for developers to request the transfer of ownership be made early and that vesting certificates be obtained as soon as possible, ideally at the stage when the first large payment is made. In building contracts, paying for offsite materials is risky but if this is necessary, again, vesting certificates for those materials should be provided. Once the materials have been paid for and are owned by the developer, they should be stored separately from other materials and modular units being manufactured so that they can always be easily identifiable. This helps ensure that, if the manufacturer goes into administration, the developer can easily identify and receive the units or materials that belong to it without contention.

Inspection regimes are also important, especially if the payments cannot be backloaded. A developer needs to know it will get what it paid for. A detailed contract sum breakdown can be useful here. We recommend regular (scheduled) and thorough inspections be made at the factories to determine whether payment should be made; being able to identify what should be paid for and when can help prevent disputes.

As with traditional construction methods, bonds should also be considered for modular projects. Although on-demand bonds are preferable, they are no longer common and so performance bonds (also known as performance guarantees) may work best. As performance bonds are a means of protection against non-performance of a contract, their use on modular schemes has, arguably, a greater significance. However, do note that performance bonds usually pay out after the final reconciliation on a project – that is, once the amount owed is properly known (which can take time) – and so they are generally not an immediate pot of money.

Another form of security is retentions, which are deducted from the payments certified as due to the contractor, in order to ensure it properly completes its obligations. For a modular contract where backloaded payments cannot be agreed, retentions come into their own. An immediate pot of money capable of being used in order to complete a project is vital on a modular scheme if the manufacturer goes into administration.

A key point of note for affordable housing providers and residential developers specifically is the importance of ensuring that an appropriate and robust residential warranty is being provided. NHBC now offer such a warranty alongside BOPAS, which has also encouraged more lenders into the market and ensured units can be purchased and mortgaged by plot purchasers. If a modular manufacturer goes into administration it is important that the developer can continue with the existing residential warranty.

There are of course other contractual means of protection that need to be considered, from the obvious, such as insurances, to the less obvious, such as copyright in design and software, but ensuring financial protection over payments and ownership ought to be the first port of call.