Despite this magazine’s exposure of the blacklisting scandal and the recent parliamentary and press scrutiny, we still haven’t got to the bottom of this abuse, says Michael Meacher MP 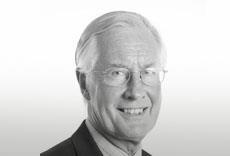 I found Vince Cable’s speech on blacklisting last week very disappointing. The business secretary kept demanding recent evidence, but recent evidence is available if only one looks for it. The real point is this: it is disingenuous to ask for evidence in an industry where there is a tight curtain of secrecy. The only way of getting this evidence is by setting up either a Department for Business, Innovation and Skills inquiry or a judicial inquiry, and put the relevant companies on oath to tell the truth. That is what the House of Commons demanded of the government during the blacklisting debate.

There are several issues surrounding the raid on The Consulting Association’s Droitwich offices in 2009, on which this whole debate hangs. Why was Ian Kerr, the retired special branch officer running The Consulting Association, given a paltry £5,000 fine despite running an illegal database over 15 years that wrecked the lives of thousands of workers? Above all, why did the companies that sustained his business, and in some cases supplied the data, get off scot-free? Why did the Information Commissioner’s Office (ICO) fail to take the necessary action?

Under the Data Protection Act 1998, the ICO may only issue an enforcement notice, which effectively says: “Stop doing that, and only if you don’t will it be a criminal offence.” In that case, why were enforcement notices issued against only 14 of the 44 companies involved? Not only is that a small part of the total, but the list does not include some of the heaviest users - McAlpine and Skanska - for reasons that have not been revealed, despite each of those companies making some 12,000 to 13,000 inquiries in a single year. That all suggests a distinct reluctance, to put it mildly, on the part of the authorities to deal with this pervasive malpractice, involving at least 3,200 workers and probably many more, with the vigour and determination it clearly demands.

There has been a distinct reluctance, to put it mildly, on the part of the authorities to deal with this pervasive malpractice, involving at least 3,200 workers, with the vigour and determination it demands

The implications go further still. First, as was stated in the debate, representatives from the ICO said at an employment tribunal hearing that some of the information held by the covert Consulting Association could only have been supplied by the police or security services. If that is confirmed, it reveals a conspiracy between the police, MI5 and many of the biggest building companies in the UK that is comparable to the phone hacking scandal.

I wrote to the Home Office last year to demand a public inquiry to get to the bottom of the scandal, but the minister replied, with apparently unconscious irony, that the matter should merely be referred to the police. There were shades of what happened in 2009, when the phone hacking scandal was referred to the police and perfunctorily dismissed.

Second, David Clancy, the investigations manager at the ICO, told the Scottish Affairs Committee that the construction worker database accounted for between “5% and 10%” of the material seen during the 2009 raid on The Consulting Association offices. On 24 October, I wrote and asked that the other 90% to 95% of the material should be located and its contents fully investigated. I was told in a reply on 30 October: “There was other material in The Consulting Association’s office, but we did not need to search this to secure the evidence we were looking for, and we did not do so.”

Why not, since it was likely that other material held on the site would be equally unlawful? Anyway, how did the ICO officers identify what material related to the building industry without checking it all?

Lastly, there is the question of the adequacy of the existing legal framework. It is a criminal offence to compile and maintain a blacklist but not to supply information to a blacklister, to solicit information from the controller of a blacklist or to use one. It is also unlawful to be excluded or dismissed from employment because of trade union membership, but there is no right not to be blacklisted unless that leads to adverse employment consequences. These are two yawning gaps in the law.

Michael Meacher is Labour MP for Oldham West and Royton. This comment piece is adapted from his speech to the House of Commons on 23 January 2013