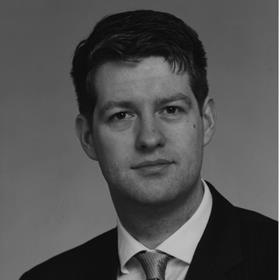 On 9 March, Ian Yule considered the application of the Golden Victory case to adjudications under the NEC3 form of contract. But, with a progressive form of contract like the NEC, how easy is it to apply such general legal concepts?

The procedures in the NEC are unique. They encourage and require the contractor and project manager to look forward through the project to identify risks and avoid them if possible. For risks that cannot be avoided, they are required to identify the potential consequences and deal with them as early as possible. That involves pricing risk and taking a “view”, which is no bad thing.

There is, as Ian rightly explained, a perceived artificiality in ignoring what is known to have occurred when valuing compensation events, supported by the well-known quote: “Why, with the lights on, should you shut your eyes and grope in the dark?” However, in the context of the NEC, that analogy does not stand up; this contract requires you to consciously keep the light focused ahead and not look back and retrace your steps.

There are a number of problems with applying the Golden Victory approach to the NEC3. The first is that applying a retrospective evaluation fundamentally undermines the contract terms and re-writes the bargain that the parties entered into.

There is a long and authoritative chain of cases making clear that it is not the court’s role to re-write the bargain entered into between the parties. A good example of this in practice, under the NEC, was the decision in Anglian Water Services vs Laing O’Rourke Utilities in 2010. In that case, Mr Justice Edwards-Stewart said the wording of the NEC (in relation to communication) was specific and commercially minded, so should be applied precisely.

This leads on to the second difficulty in the Golden Victory approach. The essence of the approach is that it is always better to use actual information than a forecast. If that were the case, construction contracts would always be let on a cost reimbursable basis. However, that is not how most of the industry works - for good reason.

Forecasting of work content and associated risk is carried out every day by contractors up and down the country. The NEC reflects the way projects are tendered in its procedures for change during the course of the project, including allowances for risk items.

Later assessments, on different information from that available at the time, changes the view of the work content and cost, as well as the risk provisions. If later information is used and the risk has not materialised, a re-assessment without that risk allowance may penalise a contractor who has worked hard to avoid that risk.

Equally, if a contractor under-prices the risk that actually materialises, it cannot later change its price and should not have the opportunity to correct its position. This approach brings significant stability to the project team.

A third problem with the Golden Victory process is that it creates a recurring claim culture. Every successive evaluation of an event can take more detailed and accurate information into account, altering cost and risk. Each change in the evaluation will leave one party feeling let down and the chance of a challenge will increase. That, again, undermines the purpose of the NEC - with its forward-looking assessments - and does not support best practice.

There are checks and balances in the contract to prevent a contractor from over claiming. The project manager can provide the contractor with assumptions about the event and can make its own assessment if unhappy with that of the contractor. All these things, as with so many aspects of the NEC, fit together to make the whole work.

The NEC is not a simple contract, it is highly sophisticated. It takes detailed knowledge and commercial intent to understand how it works in any given situation. What is most important is
to avoid altering the contractual framework, and reinforce the obligations and duties of both parties to act in a spirit of trust and co-operation, with the foresight to manage risk to the end of the project from today rather than looking backwards to claim for past events.