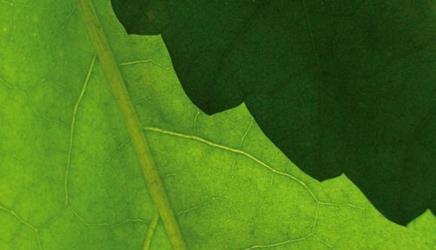 The plans to make all new homes carbon-neutral by 2016 are still taking shape, but what legal framework is in place to drive home the sustainable message?

It might be stating the obvious, but the Building Regulations need to be changed. Once the government has decided what constitutes a carbon-neutral dwelling, all new homes will have to comply with the regulations. At the moment, failure to do so can result in a fine and, perhaps of greater concern, a council demand that the offending building be removed or altered.

Planning reform will be the other key area facing change. A draft planning policy statement (PPS) on climate change has just been issued, emphasising carbon neutrality and resilience to climate change. Once this has been formalised, local authorities will be heavily influenced by its terms – PPSs are regarded in planning circles as equivalent to acts of parliament. Developments that do not meet the standards in the PPS are unlikely to secure planning approval.

What about the public?

The government is keen to persuade us all that carbon neutrality is a good thing. It has even launched a Code for Sustainable Homes, which will be introduced this April. It will set national standards for house construction and grade houses with a star rating from 1 to 6 on issues such as energy and water efficiency and the use of sustainable materials.

Last year, the chancellor stated in his pre-Budget report that there would be stamp duty exemptions for carbon-neutral homes. This was followed by the document Building a Greener Future: Towards Zero-Carbon Development, issued by secretary of state Ruth Kelly and the Department of Communities and Local Government (DCLG) on 13 December 2006. Although it remained silent on the issue of stamp duty changes, the report sets out a framework towards 2016 and includes a progressive tightening of Building Regulations.

And now the bad news

So far, so good. But there is a catch: nobody appears to be sure what is required to help save the planet. For example, carbon neutrality is not the same as energy efficiency, but the current regulations deal with the latter. Energy-efficient homes that use electricity rather than gas could be affected by the new regulations because electricity requires about twice as much carbon as gas for the same energy output. Yet electricity may offer the longer-term solution for reducing carbon through local and micro-generation – a key requirement of the PPS that conflicts with the regulations.

Current thinking on carbon neutrality concentrates on carbon-in-use and not embodied energy. Photovoltaic cells sound like a great idea and are carbon efficient. But they use more energy in their creation than they save during their lifetimes.

The Code for Sustainable Homes only sets firm guidelines for two aspects of sustainability: water and energy. The other aspects are a mix of minimum requirements (materials, surface water run-off and waste) or aspirational targets (pollution, health and well-being, and management).

Even worse, there are no firm plans to make the code mandatory. Unless required as part of a social housing or planning requirement, there is a risk that there will be little legal incentive on housebuilders to adopt it.

and energy. There is little point having a carbon-neutral home if it is constructed in a heavily polluted area using non-sustainable materials and located miles away from local amenities so that everyone is forced to jump in their cars.

Government thinking, based on existing planning guidance in PPS3, assumes that by 2050 a third of the UK’s housing stock will have been constructed after 2006. Even though the plans currently outlined will need to be extended in the future, they will already add to the up-front cost of constructing a new home – although they may make the home cheaper to run in the long term.

There has been little comment from the government on how this increased cost will be paid for, particularly at a time when it is becoming more and more difficult for first-time buyers to get onto the housing ladder. Will the additional cost actually reduce the viability of schemes and leave us with the old carbon-intensive buildings instead of the efficient ones proposed?

For more legal news and views online, log on to www.building.co.uk/legaltoolkit