New Libya: The impact of Sharia law on construction contracts

What do firms hoping to do business in Libya need to know about Sharia law, which may become to basis of the new constitution? 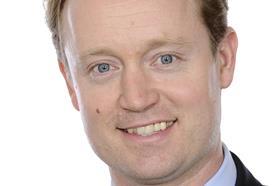 Contractors have their sights set on Libya. Whether and how they enter the construction market will depend upon how business-friendly the new laws are. The chairman of the interim government has indicated that Sharia, the moral code and religious law of Islam, will become the basic source of the new constitution. This article explores some of the themes of Sharia law and highlights areas for contractors entering or re-entering Libya to look out for.

A land of opportunity

Prior to the revolution in Libya, the construction market was booming. Being the country with the largest proven oil reserves in Africa provided Libya with significant sums of money to spend on hotels, roads, high-speed railways, shopping malls, stadiums and airport projects.

The conflict badly damaged many of Libya’s towns and cities which now require rebuilding. The asset freeze and blocks that were put on Libyan banks have now been lifted releasing billions of dollars which, together with the resumption of oil production, provides the funding for Libya to make the much-needed investment into its infrastructure.

The appeal of working under a democratically elected government with such deep pockets, and the backing of the international community, is understandably appealing to contractors, particularly at a time when opportunities closer to home are harder to find.

Libya operates using a civil code which is based almost entirely on the Egyptian civil code model. In June, elections will be held to vote for a national assembly who will be tasked with drafting Libya’s new constitution. In the meantime, the country is led by an interim government, the National Transitional Council (NTC), the chairman of which, Mustafa Abdul Jalil, has indicated that Islamic Sharia will be the source of the new law.

While contractors entering Libya will be hoping for more freedom to agree rights and benefits beyond the employer-friendly provisions on offer during the Gaddafi regime, the terms a contractor negotiates will be supplemented or qualified by Libya’s new law and conflicting provisions will be overridden. Contractors entering or re-entering Libya should therefore familiarise themselves with the potential impact of Sharia law on the way parties do business.

Many Sharia influenced civil codes impose a mandatory duty of good faith on contracting parties which requires parties to act with honest intentions, in a manner that is consistent with the objectives of the contract, regardless of the outcome. The principle cuts both ways but can work to the contractor’s advantage.

There is a general prohibition on damages for loss of anticipated future profits, loss of reputation and loss of goodwill under Sharia law as these categories of loss are considered to be speculative and go against the Sharia principle of certainty. Liquidated ascertained damages (LADs) are an accepted method of granting damages and are honoured, but in a more liberal manner than common law jurisdictions.

Under the common law, LADs cannot be adjusted once they have been agreed, regardless of the actual loss incurred. The position is different under Sharia law, where LADs are enforceable but can be increased or reduced to achieve the Sharia principle of fairness.

For example, in Sharia based systems, the court may refuse to award LADs at all if the contractor can prove that the employer has suffered no actual loss. The court also has the discretion to reduce the LADs if it considers them excessive.

However this is a double edged sword. The court also has the discretion to increase LADs if the employer suffers losses beyond those set out under the LAD regime in the contract. In practice this means that a contractor who becomes substantially delayed on a project may be liable for both the LADs as set out in the contract and any other loss suffered by the employer because of the delay. This can be seen in countries such as Qatar and Jordan.

The extent to which the principles of Sharia law become part of Libya’s new constitution remains to be seen and will inevitably be influenced by the demands of secularists and influential Islamist factions who played a strong role in the revolution, coupled with the country’s need for international investment and expertise.

Given the impact Sharia law can have on construction contracts, contractors should not assume that familiar contract forms will give rise to familiar common law outcomes. Understanding the local laws which affect the contract will be important.

Countries looking for a bite at the cherry

In January, the Turkish Economic Minister, Zafer Çağlayan, announced that it had been in discussions with Libya over collaborations in energy, transportation, communication, airlines, trade and exports.

France’s minister of state for Foreign Trade, Pierre Lellouche, has disclosed the names of several French companies that have been awarded new contracts including Air France, Egis and Alstom.

The Dubai based family group, Abdulaziz al-Ghurair, part-owner of one of Libya’s largest oil refineries, is now looking at opportunities in construction and flour mills.

In the UK the minister for trade and investment, Lord Green, announced an increase in the risk capacity for Libya to assist companies to insure against the risk of non-payment of overseas contracts.

In January, the chief executive of ENI, the Italian oil and gas company that has the biggest stake of any foreign player in Libya’s crude production, said its wells are pumping close to pre-war levels.