Nissan’s new supercar, the Delta Wing, will be subject to public scrutiny and objective testing at Le Mans. Why don’t we have more ‘test-drives’ for buildings? 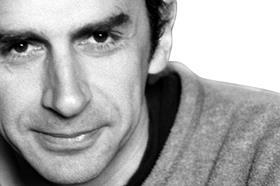 Isn’t it a shame that the building industry doesn’t have something like Nissan’s Delta Wing experimental racing car? You may have seen it in the paper, engineered to race later this month at Le Mans.

It’s a long, sleek, black thing, and it certainly has something about it - at least for eight-year-old boys and Jeremy Clarkson. Heir to the Batmobile, it looks more like a rocket to the moon than a car.

As at Nissan, we have the siren song of less energy, lean build and low ‘cost in use’ - The difference being that in buildings these are hardly ever realised

It’s no doubt a fabulous mobile advertising hoarding for Nissan. But there’s a bit more to it than that, and that’s why the car should mean something to us. For the Delta Wing’s designers claim that the car is breaking the mould - compared with its counterparts it allegedly has half the aerodynamic drag, half the tyre-wear, and uses half the fuel, while doing up to 190mph, with a 1.6 litre engine, presumably for 24 hours non-stop.

Anyway, as at Nissan, so in the construction industry we have the siren song of less energy, lean build, simple design and low “cost in use” - the difference being that in buildings these are, unfortunately, hardly ever realised.

Because the difference with the Delta Wing racer is that we actually test whether or not it works. All that marketing baloney counts for nothing when the car goes out on the track. Whether the Delta Wing is fast, or even the fastest, is an entirely objective matter. We can measure it absolutely, first past the post. And whether the car uses less fuel, or less tyres, than its competitors is also entirely objective. There are tests for everything down to the last ounce of speed and the last drop of fuel.

But if it is right and the Delta Wing wins, the experiment has worked, and maybe the fab car leaves the race track to become a mass product, morphing into our family runabouts. There might even be some kind of technology transfer, which will lead to improvements for our trains, boats and other vehicles.

So what about buildings? Well, that’s the point. Where exactly is the Delta Wing equivalent of our buildings? Or the “track” for those buildings to race on? Or the tech transfer industry ready to capitalise on it?

The Nissan engineers have tested for performance, measured the results, learned from them and refined the car accordingly. They kept their experiment simple - they just wanted to win, under the simple commercially appealing metric of using only half of everything to get better performance.

So please, let’s have an equivalent in building - a coordinated programme supported by those championing “creative Britain”.

What we need is a simple challenge to design and make a measurable experimental proposition for, say, a family house that gives the same performance as its competitors but only uses half the materials and half the energy. I know people will say they are doing that already. Really? Then where are the tried and tested examples that the entire industry, and for that matter the layman, can look at?

And why stop at buildings? Like a car, most things we need to construct involve many interacting layers. They are always systematically complex. So the challenge becomes to prototype systems and get the real-life performance of the sum to outweigh the theory behind the bits.

What we need is to run experimental programmes on everyday construction types, as complete entities, not bits. We need to be able to prove that they perform, objectively, and in public. Most of all we need to do it by starting with a design demand for high performance and letting beauty emerge from there, not the other way round, and certainly not by ignoring both.

For I forgot to mention the best bit about the Delta Wing - it’s absolutely drop dead gorgeous. Everyone here in the office has been grabbing the paper to read all about it and ogle the pictures. That beauty comes from the way it has been engineered - objectively, through testing.

If I could drive a Delta Wing, no doubt it would be one of the most exciting things I’ve done in my life. The Cure’s haunting refrain in the song Out of this World goes, “When we look back on all this, as we surely will …” It’s a thought that I would complete by saying if we could transfer an experimental mindset, a spirit of enquiry, into the struggling industry that we are part of at the moment, we might eventually be able to look back with satisfaction.