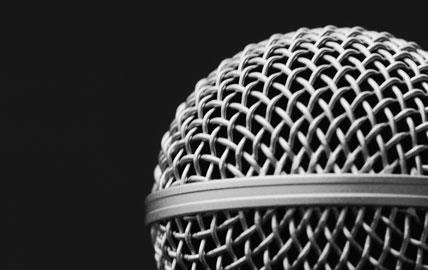 In May 2006, Alan Danieli wrote to Building with a cry for help. The managing director of a £1m-turnover family-run building firm, Danieli said he had been left £70,000 out of pocket after two clients defaulted on final payments. In both cases, his solicitor advised him that he would be unable to sustain the likely legal costs required to recover the sums due. However, he decided to pursue his claims through the legal system. Here, after reading Building’s recent reports of cowboy clients (23 May, pages 40-43), Danieli writes of his dwindling faith in the protection offered by the law.

It is with great sadness but little surprise that I see that some members of the public still feel at liberty to rob and steal with impunity from small builders.

Unfortunately I am not at liberty to discuss the two cases that have had such an impact on my family’s life, but I am determined to publicise the chain of events that nowadays constitutes the legal process.

To date, despite claims that the RICS and the Federation of Master Builders are looking into ways to settle domestic alteration and extension disputes within 21 days, to my knowledge no such scheme has been brokered. I would expect great attempts by those lawyers who profit most from the horrendous costs involved to prevent such a sensible solution from being introduced.

The mediation process, pushed so hard by the courts to save their time, is a step in the right direction, but is not the answer. In many cases, the mediators do not have experience in construction and are only intent on three things: achieving the highest rate of prepayment possible for their activities; obtaining an agreement regardless of the justice of it; and protecting themselves and their profession from any legal comebacks. When at last I am free to publish the full story of our sad plight I will be sure to include the wording contained in a typical mediation agreement – it will make very interesting reading.

The first opportunity to steal and some people do so, aided often by unscrupulous advisers who twist the meaning
of every word

I am only a small builder of an older generation, but I am still a human being and I remember the good old days when people mattered more than money, a person’s word was their bond and open discussion could generally see a settlement of most problems on the job. Regrettably this is not the case now. The first opportunity to steal and some people do so, aided often by unscrupulous advisers who twist the meaning of every word.

Not for the poor builder the hourly rate of hundreds of pounds. No, the builder has to tell his client in advance the cost of the proposed work, in the face of stiff competition, put it in writing, start the job and wait for about a month to get paid. At the end of the job he has to justify every penny of his account, including all the additional works and variations instructed. If he is extremely fortunate to have worked for an honest client, he will get paid in full and leave with a sense of satisfaction.

The builder who is faced with a dishonest client, on the other hand, is left with a great hollow sadness that destroys his sense of achievement, his confidence and his ability to trust his other clients.

That is why we urgently need a sensible legal contract written in plain English that has no ambiguities or loopholes. Just a plain and simple agreement that if broken by either party can be placed before an experienced person with construction knowledge within days of the dispute manifesting itself. This person’s deliberations and judgement should be upheld without delay by the courts if not accepted by both parties.

I hesitate to suggest it, but such a formula might just be instrumental in seeing a massive decline of minor construction-related litigation cases, thus saving everyone a great deal of wasted time and money.