Only bold ideas will tackle planning

What we really need is reform and creativity 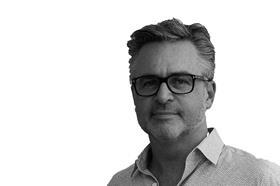 Esther McVey’s recent announcement on planning fee refunds, ahead of the release of the government’s more detailed proposals to be published later this year to “make planning smoother, faster, more effective”, shows they are at least looking seriously at the planning process. The current system has long been a handbrake to solving the housing supply crisis. But if this is just the start of another two decades of tinkering with existing legislation, it will not get more homes built. What we really need is reform and creativity.

The measures McVey outlined included council planning departments to be held “to account” for why building work is not happening sooner, offering developers a refund on planning fees. While on the face of it, this seems like a robust incentive for planning departments to work faster, it fails to realise that councils aren’t simply “difficult to work with” but that there are inherent flaws in the planning system. Not least, planning departments are often under resourced and poorly funded. Critically, it seems that the government may not understand that planning is utterly at the behest of local politics.

While reform and better funding could feasibly tackle some concerns, one bold course of action would be for the government to propose the formation of independent development authorities (IDA), empowered with the tools and powers to deliver good quality homes to housing targets on brownfield land across the UK. This could be especially impactful in London, with an IDA tasked with tackling all GLA-owned brownfield land, Opportunity sites and Intensification Areas.

The idea isn’t new, or even particularly radical, given we’ve done it before with the Olympic Development Authority (ODA) which transformed swathes of brownfield land and achieved what was thought at its inception to be unachievable. The ODA presided over clearing the site for the Olympics and creating new infrastructure ahead of the Games, and post 2012, with building almost 3,000 homes and creating a lasting legacy. If there was no ODA, it’s almost inevitable this process would have been extremely drawn out, even nigh on impossible.

These IDAs or independent bodies need not be insensitive to, or go against the grain of local planning concerns – but instead comprise a mix of disciplines which can work well with local communities and planning departments, without needing to be elected by constituents.

The air of remove and independence should allow a crystal clear focus on meeting housing targets, ensuring design rigour, long-term value, and making best use of available land. IDAs could add extra firepower to local planning departments, particularly in London.

The opportunity is thus; there is enough brownfield land in the UK, and enough GLA brownfield land to house even London’s predicted 2050 population but we must have an effective model of planning to be able to use it properly. If we are asking developers and housebuilders to sign up to saddle the costs of five years in planning (and if planning departments remain overstretched and underfunded), then where does that leave the targets?