﻿It’s never good to lose a case, but it must really hurt to then be told you have to pay your opponent’s legal fees, and at double the usual rate

If I had ever taken out the supermodel Naomi Campbell, walked hand-in-hand o’er hills and dales, rested a while in the heather, I would have told you about it. Good job I didn’t: she may have sued for breach of confidence. And her lawyers would likely have agreed something called a CFA (the proper name is a “conditional fee agreement”) and on ATE (“after the event”) insurance with her.

That’s what she did when the Daily Mirror ran a story about her. It went all the way to the House of Lords. She won £3,500 - but the newspaper group also faced her lawyer’s bill of more than £1m in costs. Much of it was to do with the CFA and ATE. The case about costs has gone all the way to the European Court of Human Rights.

Let me explain how all this works. Your friendly lawyer advises you to sue on the building contract. What about his fees though? He likes you so much he offers a ’No win, No fee’ deal

Three weeks ago (14 January 2011) I told you here about a building case, Redwing vs Charles Wishart. Redwing Construction claimed £100,000 in the High Court as a result of an adjudication, but didn’t pay. The judge ordered payment. The judge then ordered that the losing party pay Redwing’s lawyers’ costs. But wait, Redwing had a CFA and ATE.

Let me explain how all this works. Your friendly lawyer advises you to sue on the building contract. What about his fees, though? He likes you so much he offers a
“no win, no fee” deal, or more properly, a “conditional fee agreement”. Instead of charging you whatever per hour or minute, he will do it for free. He will write to the opponent and inform them that his client is “on a CFA and will double his usual hourly lawyer rate if his client wins”. The kick in the groin is that should the opponent lose, the opponent will pay double.

It gets better. Your lawyer also informs the opponent that your side has paid an insurer a premium so that if by chance he loses, then the insurer will pay the opponent’s costs. But if he wins, the “after the event” insurance premium is payable by the other side, as well as the CFA costs. All of this is quite lawful.

The rules for awarding costs work on the principle of “costs follow the event”: the loser is likely to have to pay the winners costs

Redwing won an adjudication but the loser didn’t honour the award. The High Court enforced. Redwing’s solicitors’ bill - payable by the loser - would have been a respectable £13,282. But now the CFA 100% mark-up was applied, increasing the costs to £26,565. On top of that was the ATE insurance premium of £8,480. Mr Justice Akenhead looked hard at the 100% up-lift and the use of ATE insurance. And by the way, on the same day in Strasbourg, the European Court of Human Rights was examining the CFA and ATE of Miss Naomi Campbell.

OK, the rules for awarding costs work on the principle of “costs follow the event”: the loser is likely to have to pay the winners reasonable costs. The base rule is subject to the “discretion” of the court or arbitrator. Then when a judge or arbitrator examines the actual costs he makes another judgement call: whether the bills are “proportionate” when considering complexity, skill, specialised knowledge required, sums involved and more besides. And again for the percentage uplift on basic hourly lawyers’ rates. In short, the tribunal is entitled to weigh up how reasonable and proportionate these CFA and ATE arrangements are.

In terms of the uplift awarded with the CFA, Mr Justice Akenhead said: “The greater the prospects of success the lower the reasonable and proportionate percentage (uplift) will be. It is difficult to be prescriptive about this, however, and there is no magic sliding scale.” 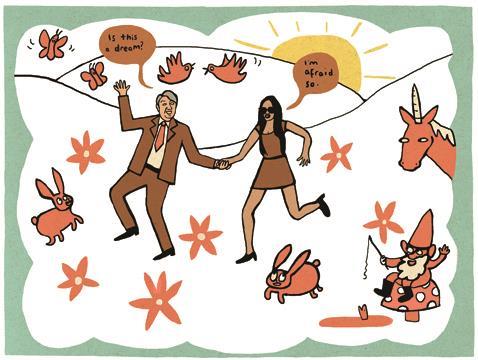 As to Redwing using a CFA and ATE in court to enforce an adjudicator’s decision, that is perfectly reasonable, said the judge.

As to Miss Campbell’s uplift, the European Court did a downgrade. I wonder how she’s fixed for lunch…