Party wall disputes: The end of the party

When a claimant drops a claim, they become liable to pay the defendant’s costs in party wall cases. But the Court of Appeal has recently issued guidance on when the courts can ignore this 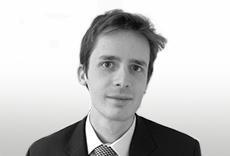 Who should pay the defendant’s costs when a claimant discontinues a claim? The Court of Appeal has recently given guidance in party wall cases as to the circumstances in which the courts may depart from the default costs position following the discontinuance of proceedings. The default position is set out in the Civil Procedure Rules Part 38.6(1), which provides that (unless the court orders otherwise), where the claimant discontinues his or her claim, he or she must pay the defendant’s costs.

In Nelson’s Yard Management Co vs Eziefula, the defendant began excavation works in January 2007 without having first served notice of his intention to do so as required by section 6 of the Party Wall Act 1996. The claimants were concerned about the proximity of the excavation works to their properties and sent the defendant four letters, two of which came from their solicitors, between 18 May and
13 July 2007. In those letters the claimants expressed their concerns as to the effect of the excavations on their properties and requested that their surveyor be afforded access to the site.

The defendant failed to respond to any of those letters and in January 2008 the claimants issued proceedings for injunctive relief to restrain the defendant from carrying out further development pending the agreement of an award under the Party Wall Act. The defendant eventually permitted the claimants’ surveyor to inspect the site, the parties subsequently agreed an award, and in March 2012 the claimants discontinued the proceedings. The only remaining issue concerned the allocation of the parties’ costs.

At first instance it was held that the claimants should pay the defendant’s costs. The Court of Appeal, while recognising that a “generous margin” should be afforded to a first-instance judge exercising discretion, reversed this decision. The Court of Appeal was particularly unimpressed with the defendant’s failure to reply to the four letters sent by the claimants, letters which despite not necessarily complying precisely with the CPR, nonetheless made it clear that the claimants were concerned about the danger the excavations posed to the foundations of their properties. Given their reasonable perception that their properties were at risk, and given also that their surveyor had not been afforded access to the site, the claimants had little choice but to issue proceedings for an injunction. In those circumstances, the Court of Appeal decided to reverse the first-instance decision and held the defendant liable for the claimants’ costs up to the date on which the defendant served his defence, with no order as to costs thereafter (once the defence was served, the claimants could have applied for summary judgment or strike out).

The case is of interest for a number of reasons. First, it serves as an important reminder of the consequences of failing to comply with the Party Wall Act 1996. Had the defendant engaged a solicitor or a surveyor from the beginning, they would undoubtedly have replied to the claimants’ letters and the defendant may not have ended up paying the claimants’ costs, at least not in the amount awarded by the Court of Appeal.

Second, it recognises that there may be circumstances in which, even though the claimant ultimately discontinued the proceedings, he or she should still recover his costs because it was only down to the defendant’s conduct that the claimant started the claim in the first place. But would-be litigants should still think twice before issuing a claim for injunctive relief. The jurisdiction to depart from the default costs position in

CPR Part 38.6(1) is discretionary and highly fact-sensitive. The Court of Appeal based its decision primarily on the defendant’s failure to respond to the claimants’ four letters, but it does not necessarily follow from this that a defendant’s failure to reply to similar letters in the future will automatically cause the court to depart from CPR Part 38.6(1). The case therefore also serves as a reminder to those on the other side of the fence that involving an appropriate expert from the beginning may make sense in the long run.

Mischa Balen is a barrister at Atkin Chambers