Pick your battles: Adjudication when a party is in administration

Taking part in an adjudication will always be a risk – but even more so when one of the parties is in administration. We look at the issues you should consider 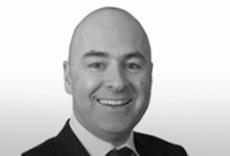 Despite the difficulties faced at enforcement, adjudications are still being commenced by parties in administration. If a party in administration is successful in an adjudication but the responding party fails to comply with the decision, the responding party may ask the court to enforce the decision. There is an expedited process for parties to enforce the decision of an adjudicator against another party who has failed to comply with that decision. Although courts will usually strive to uphold a decision of an adjudicator, there are a number of exceptions where the court will refuse summary judgment or grant a stay of execution.

However, this strategy is not without risk including the possibility that the referring party may come out of the administrative process and become an active company. If this happens, the referring party may be able to enforce an adjudicator’s decision at court and the responding party would then have to pay the amount awarded on an adjudication it did not defend. The only option then will be to refer the dispute to litigation or arbitration if dissatisfied with the decision.

However, this is unlikely to cover all the costs that were incurred and there may be difficulty recovering any costs that are awarded against a party in financial difficulty.