The Court of Appeal heard three appeals together, each relating to granting relief from sanctions under CPR Rule 3.9 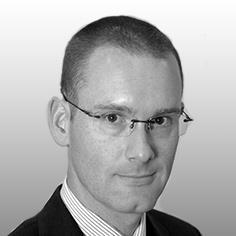 Where a party to litigation fails to comply with a rule, practice direction or court order, sanctions usually follow. The Civil Procedure Rules (“CPR”) allow the party in default to apply for relief from those sanctions.

The Court of Appeal heard three appeals together (“Denton”, “Decadent” and “Utilise”), each relating to granting relief from sanctions under CPR Rule 3.9, with the aim of clarifying the operation of Rule 3.9 and the guidelines set down in Mitchell vs Mirror Group Newspapers Limited [2-13] EWCA Civ 1537.

In Denton the judge allowed the claimant to serve additional witness statements shortly before the trial, which the judge adjourned. The defendant appealed.

In Decadent the judge refused the claimant relief from sanction for failing to pay a court fee in time. The claimant appealed.

In Utilise the claimant failed to serve a costs budget on time and failed to comply with an order requiring it to inform the court of the outcome of negotiations. The judge refused to grant relief from sanctions. The claimant appealed.

The Court of Appeal had to analyse CPR Rule 3.9(1), which provides: “(1) On an application for relief from any sanction imposed for a failure to comply with any rule, practice direction or court order, the court will consider all the circumstances of the case, so as to enable it to deal justly with the application, including the need:

(a) for litigation to be conducted efficiently and at proportionate cost; and
(b) to enforce compliance with rules, practice directions and orders.”

The Court of Appeal noted that since the decision in Mitchell there had been uncertainty on the part of litigants and the Courts as to how Rule 3.9 was to operate and the subsequent authorities.

The Court of Appeal considered Rule 3.9 and outlined a three stage approach to any application for relief from sanctions. The first stage is to identify and assess the seriousness of any “failure to comply with any rule, practice direction or court order”. The Court of Appeal moved away from the “triviality” test in Mitchell, saying it is not part of the test in Rule 3.9. This new test of “seriousness” ought to concentrate on the breach in issue, and not any previous breaches by the party seeking relief. If the court considers that a breach is not serious or significant, relief will usually be granted.

The second stage is to consider why the default occurred, even though this is not expressly provided for in Rule 3.9. The Court of Appeal said that it was inappropriate to produce an encyclopaedia of good or bad reasons for failure to comply with rules or orders.

The third stage requires the court to evaluate all the circumstances of the case to enable it to deal justly with the application. The Court of Appeal said that following Mitchell there was a misunderstanding that if a breach was serious and if there was no good reason for the breach, the application for relief would fail.

The Court of Appeal stated that Rule 3.9 requires the court in every case to consider all the circumstances of the case. In considering all the circumstances of the case, factors (a) and (b) in Rule 3.9 are of “particular importance”, as they are expressly mentioned in the Rule. Factor (a) requires the court to consider the effect of the breach in every case and factor (b) emphasises the importance of complying with rules, practice directions and court orders.

Applying the three stage test to each of the appeals:
In Denton, the order allowing the additional statements was overturned and the trial was ordered to be listed as soon as possible without that evidence.
In Decadent and Utilise, the applicants were granted the relief from sanctions they sought.

With this decision CPR Rule 3.9 has now been clarified and further guidance issued to assist with its interpretation. The Mitchell test of whether a breach was “trivial” has been replaced by a test requiring consideration of all of the circumstances of the case, with particular weight being given to factors (a) and (b). The more serious the breach, the less likely it is that relief from sanction will be granted. Where the breach is not serious or is there is good reason for a serious breach, relief is likely to be granted.

The Court of Appeal criticised the way in which since Mitchell parties have sought to take advantage of non-serious breaches by opponents. It is only in exceptional cases that an application for relief is to be contested. The Court of Appeal made it clear that costs sanctions - including reducing the winner’s costs and requiring the loser to pay indemnity costs - will be imposed on parties who unreasonably refuse requests for extensions of time or oppose applications for relief.