QSs in the crossfire 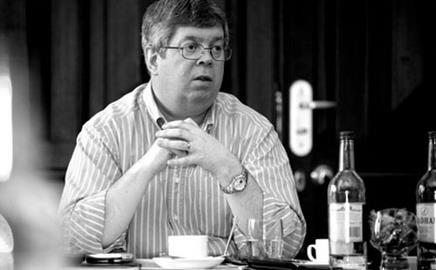 The collapse of the commercial sector and doubts over public spending have left cost consultants facing a bitter battle for work, with fees plummeting and staff casualties expected to be high. Olivia Boyd reports on how QSs are fighting the downturn

Housebuilders have been decimated by it. Architects are battling it. Now it is the turn of quantity surveyors to be lashed by the global financial storm. As the government issued bleak unemployment figures last week – 1.79 million people across the country are now jobless – some of the sector’s giants, including Gardiner & Theobald and Faithful + Gould, joined the ranks of companies planning to lay off staff.

And redundancies aren’t the end of it – hundreds of workers are being shipped out to the Middle East, fees are falling and firms are desperately seeking new lines of work as the commercial development that has kept them growing for the past 15 years disappears. Those who rocketed the highest in the boom may have the furthest to fall (see graph attached).

“Next year is going to be very tough,” says Richard Steer, senior partner at Gleeds. “People are not going to be commissioning and even when they do start, it’s going to take a long time for work to filter through.”

There is work out there, but it is of a different nature, he says. “Instead of looking at one project with a large fee income, you might have to go out and win half a dozen smaller projects. It’s a matter of moving away from what was an extremely buoyant commercial market and seeing if you can reinvent yourself.”

Firms started this process months ago, with many ploughing extra resources into winning “safe” public sector projects. Despite Alistair Darling’s assurances last weekend, even government-led programmes are looking shaky after the £500bn bank bail out and rising public debt.

The expansion of the Office of Government Commerce’s (OGC) project management framework to include 10-12 teams was a light on the horizon for many firms. Just three weeks ago, the final 20 on the shortlist were celebrating as more councils signed up to use the framework, raising its value from £516m to £750m. That figure seems likely to come crashing down owing to the effects of the government bail out and the Icelandic banking collapse: councils had £919m deposited in them.

“We are still bidding hard because we feel it is a very important route to market,” says Christopher Green, executive director at Capita Symonds, “but it wouldn’t be a surprise if the final value was less than the figure the OGC has been touting. It’s a wait-and-see game.”

Cash flow is the killer for small firms. People are taking longer to pay up and we have VAT and tax bills coming up that have to be paid.

With public sector work unstable, the industry’s other lifeline – the Middle East – has become even more important. EC Harris, Davis Langdon and Turner & Townsend are all boosting their staff numbers in the area, but others are concerned about the impact of an exodus on the UK’s skills base. “If even more quality, qualified people move abroad and don’t return, clearly that will have an effect on skills here,” says Iain Stevenson, director at Currie & Brown.

Clive Sayer is chief executive of Baqus, a recently formed, fast-growing QS with a listing on the alternative investment market. He says graduates will find it difficult to find their first job in the industry, which could cause problems further down the line. He says: “The people leaving university now are those who you’d expect to be driving projects in 12 or 15 years. By then we may find we are very short of good people in their thirties.”

Despite its negative effects, Sayer sees the downturn as an opportunity for Baqus. The firm is keen to make acquisitions and claims that it has the funds to do so after its flotation on the stock market last year. He says: “A lot of medium-sized QSs have big overdrafts and are saying it is a good time to start talking.

Although smaller practices in distress may end up being absorbed, many little guys can count their blessings, says Roger Watts, chair of Trident Building Consultancy, a project management outfit that employs about 50 people. This is because they can operate a lower margin, keep costs down, and are the right size to handle smaller projects. Not that it will be plain sailing. His firm has already taken measures to cut costs – axing gym membership for staff, for example – and he anticipates job cuts. “Cash flow is the killer for small firms. People are taking longer to pay up and in a small firm you notice that much more. We have VAT and corporate tax bills coming up that have to be paid regardless of whether money is there or not.”

Trident is looking for new lines of business – such as managing the estates of bust companies – as are many of the bigger players. Arcadis AYH, McBains Cooper and DBK have all launched project recovery arms to try to make money from distressed schemes. More are expected to follow suit.

QSs have always been chameleons and are already adapting to the changing climate. The question is how many casualties the sector will have on the way.