Regional strength: Those who can, reach

It may look like big beasts Bouygues and Balfour Beatty are adopting radically different UK strategies, but both know the importance of regional strength, says Alastair Stewart 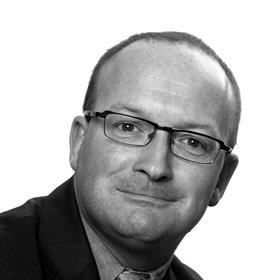 What does French contracting giant Bouygues see in the UK regional construction market that Britain’s number one, Balfour Beatty, reportedly doesn’t? While Balfour has supposedly warned its 12,000 UK staff that they risk losing their jobs, amid reports that it may dispense with its regional Mansell brand, Bouygues has added a further acquisition to its growing stable of UK regional firms.

Bouygues, which has worldwide construction turnover of €24.4bn (£19.9bn) and a market value of €6.7bn (admittedly in large part due to its activities in sexier sectors such as mobile phones and media), last month paid an undisclosed sum for Thomas Vale, a £200m-turnover contractor whose global reach does not extend much beyond the Midlands. But it is the third regional firm that the French group has acquired, joining Portsmouth-based Warings, bought in 2007, and Oxford-based Leadbitter, in 2011.

Bouygues is said to have run the rule over Mansell in the late nineties. Talks broke down, presumably because offers were then considered too parsimonious

This should take Bouygues’ UK turnover to around £1bn, yet it does not rule out further acquisitions over the coming year or so.

It also takes it above Mansell’s £900m revenue, which turns out to be something of an historical irony. Bouygues is said to have been one of a number of groups to have run the rule over Mansell in the late nineties when the then privately-run group attempted a trade sale. Talks broke down, presumably because offers were then considered too parsimonious, and the sale was shelved. In 2003 Balfour successfully bid an arguably nominal £43m (Mansell had not far short of this in cash, but a chunky pension deficit was a short-term concern).

Nine years on, it has been one of Balfour’s major success stories.

Media reports now suggest not only much of Mansell’s operations but even the 104-year-old brand name could disappear. Estimates of job cuts at Balfour have ranged from 4,000 to the entire 12,000 UK staff. In reality, the cuts could be far, far less swingeing.

In response to media enquiries, Balfour suggested that any reductions would focus on back office, rather than “operational”, staff and it pointed out that back office accounts for a third of staff. But operational staff cannot function without a back office.

A well-worn rule of thumb suggests that in otherwise healthy companies looking to tighten belts, a “10 to 20% rule” holds sway. (Management threatens 20% cuts, unions fight for 10% and, more often than not, the result is pretty close to 15%.) Applying 15% to the non-operational staff suggests not 12,000, nor 4,000, but 600 jobs at risk. Assuming an average total cost per staff member of £50,000 indicates an annual saving of £30m - a major contribution to the £50m efficiencies targeted at the latest results.

In order to get the bigger work, like PFI, like utilities frameworks, even like nuclear work, a strong and credible regional capability needs to be in place

There can be no doubting it, regional contracting is a pretty horrible place to be right now, with falling margins for the big players and often heavily negative ones for the smaller competitors. But in order to get the bigger work, like PFI, like utilities frameworks, even like nuclear work, a strong and credible regional capability needs to be in place.

Bouygues and its even larger French peer Vinci appear to recognise this and are beefing up their new subsidiaries. For example, both seem to be combining their Gallic connections with electricity giant EDF with acquired local nous in the UK to bid for nuclear power station contracts.

This is a lesson well entrenched at Balfour, which has used its regional connections to good effect in numerous health and educational PFI wins not only in the UK, but also in the US - through its regional acquisitions across the pond, it has achieved in the past five years with major clients just what Bouygues and Vinci are attempting in Britain.

Sadly the losers in this process continue to be smaller indigenous rivals, with neither the balance sheets nor the fire power of new owners. It is a vicious circle, with clients increasingly wary of hiring smaller companies and an ever greater need for quick payments by subcontractors living a daily hand-to-mouth existence.

Hardly a week goes by without another respected company joining the corporate casualty list. Many a managing director right now would jump at the chance of receiving a phone call from a director with a French accent.

Alastair Stewart is building and construction analyst at Canaccord Genuity