But we need to be careful to maximise the economic benefits 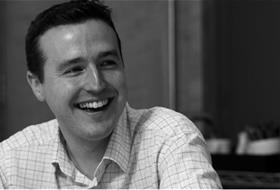 Following the government’s long awaited decision on the future of the renewable electricity incentives, it appears that renewables and their effective deployment are still very much on the agenda. Importantly, this could be a vital ‘shot-in-the-arm’ for UK plc and its energy market.

For some there was an expectation that the announcement would set out little in the way of meaningful incentives for both large and small scale technologies and that it would create the backdrop for a repositioning of the fossil fuel market, in particular gas, given the various recent commentaries from the government on its aspiration for the UK to become a ‘Gas Hub’. However, the announcement has some interesting outcomes in that it does not appear to deviate greatly from the proposals set out in the original consultation, which sends a clear signal to the renewables sector.

Looking at the results, it appears that wind remains pretty much on track with only a relatively minor fall in subsidy to the onshore wind sector of 10% to 0.9 ROCs/MWh as opposed to the previous 1 ROCs/MWh allowance.  The offshore sector now has a sliding scale applied to it, starting with 2 ROCs/MWh until 2015, reducing then to 1.9 ROCs/MWh and reducing further to 1.8  ROCs/MWh in 2016.

Should the cut-off be introduced it is likely to mean that many small to medium sized projects, which cannot generate the required 5MW, will be forced to try and access the FITs scheme instead

Likewise large scale solar photovoltaic (PV) remains initially unchanged – set at 2 ROCs/MWh with the same sliding scale as offshore wind. Given the recent changes to the feed-in tariffs for small scale PV, this should provide some very welcome certainty to the market.

However, while the cementing of these incentives is a very positive step with further investment opportunities becoming unlocked, delving deeper into the detail there are a series of ‘catches’ which may prove stumbling blocks going forward. In particular, the government plans to revisit the cost assumptions during 2013 to reevaluate technologies such as wind and solar in light of falling product prices in order to potentially reduce incentives.

These consultations are likely to introduce additional ambiguity, which could prove a retrograde step and close the door on significant large scale investment opportunities, which are currently struggling to emerge due to ongoing market uncertainty.

Moreover, there is the 5MW capacity cut off, which the government is proposing to consult on during 2013.  Should the cut-off be introduced it is likely to mean that many small to medium sized projects, which cannot generate the required 5MW, will be forced to try and access the FITs scheme instead. This scheme is far less generous and could dissuade potential future investment as medium-sized, geographically spread schemes are likely to represent the majority of proposals going forward.

As a result, we could see the introduction of an ‘all or nothing’ approach, which favours only the largest schemes. Whilst these are important to headline generation figures, they are likely to be restricted by their size and viable in only a handful of locations.  In addition, the localism element needs to be considered and the ability for local communities to benefit from this potential economic opportunity by, for example hosting renewables sites or potentially developing local generation and supply possibilities of their own.  However, this will need nurturing with stable incentives and such cut off capacities might prove to be an unbreakable glass ceiling for some.

Overall this announcement contains some very positive messages and delivers elements of certainty some thought would not come. However, further careful consultation is needed in order to maximise its potential economic benefits.

John Davies is head of sustainability at Davis Langdon