Retentions: Is the endgame in sight? 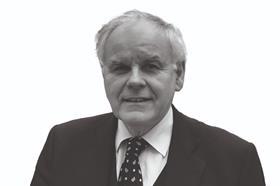 Are we looking at the beginning of the endgame to resolve the retentions issue? Let’s retrace the steps so far.

Following a Specialist Engineering Contractors’ Group-sponsored amendment to the Enterprise Bill in 2015, the government undertook to review the retentions system. Consultant Pye Tait carried out the review; its findings were published in October 2017 alongside a consultation document issued by the UK business department.

The figures that emerged were alarming: “An estimated £7.8bn [worth of cash retentions] has been unpaid across the construction sector over the last three years – £2.6bn per year.” Every working day almost £1m-worth of retentions are, on average, being lost due to upstream insolvencies – and this figure predates the retention losses due to Carillion’s insolvency.

As both government and industry debate a solution, these losses rack up. The balance sheets of some of the UK’s largest contracting companies are struggling to stay healthy, with the spotlight now on Kier Group. Retentions are inevitably lost in an insolvency.

Read: Government still to respond to retention consultation, 18 months after it closed

Payment times: how long do the top 40 contractors take to pay up?

Pye Tait concluded that abuse of the system was rife and there was only one alternative to the status quo – putting retentions in a ring-fenced account. After all, the money legally belongs to the party from which it has been deducted.

The government’s consultation revealed a three-way split in opinions between:

Since then the business department has held roundtable meetings with industry stakeholders and clients.

The option for a ban was initially thought to be possible to implement by substituting cash retentions with sureties. The high cost and lack of access to the surety market by more than 90% of contractors rendered this option unworkable.

Hovering above these proceedings has been the Construction (Retention Deposit Schemes) Bill, laid by Peter Aldous MP a week before Carillion went under. This was a facilitative bill giving the business secretary powers to authorise and regulate schemes for protecting retention money. Retention clauses will be outlawed unless the money is placed in a ring-fenced account.

The bill has the support of 275 MPs and more than 89 organisations in the industry but currently is in limbo as a result of Brexit-related disruption to the parliamentary timetable. Speaking in the House of Commons on 19 June 2019, Kelly Tolhurst, the small business minister, signalled the determination of the government to move ahead on this issue, saying: “We have told the industry that we expect it to come to a consensus on a way forward, and we will take action if it does not.”

Work has already been undertaken to create a digital platform to protect retention money. This has been led by Pay2escrow (a financial services company) under a proposed consortium comprising Willis Towers Watson (insurance broker), a digital innovation business, the University of Northumbria (for research support), leading software providers and the Specialist Engineering Contractors’ Group. Support for this work has come from a range of industry bodies including the Federation of Environmental Trade Associations, the National Federation of Builders and the Federation of Master Builders.

The platform will look similar to online banking. When a client deducts a cash retention, the money (comprising all the supply chain’s retentions) will be deposited in a ring-fenced trust account. If a tier one contractor deducts a retention from its supply chain that is greater than that demanded by its clients, the difference will also have to be deposited in the account.

In the event of an insolvency anywhere in the supply chain or failure by a firm to return to rectify non-compliant work, a mutual insurance fund will step in. This will cover the client in the event that there is a shortfall in the retention pot. The cost of the insurance premium will be roughly £230 for every £100,000 of contract value (a mere 0.23%, in comparison with the usual 5% figure for retentions), which is likely to reduce as calculating insolvency risk improves. This scheme could be owned by the industry through a charitable organisation.

We are at the stage where work can commence on a 12- to 18-month pilot scheme. Funding is now being sought to enable this to progress. Fully developing and testing a software platform would help inform policy and regulation in this area.

If retention money cannot be used to bolster working capital or invest in the overnight money markets, there may be little point in persisting with cash retentions. We could now be on the verge of tackling the widespread abuse associated with a practice that has soured relationships in the industry for almost 200 years.