Retirement developers: too much stick and not enough carrot? 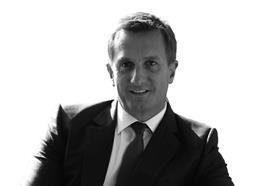 On publishing the NPPF Consultation Review last month, the Prime Minister issued a challenge to developers to “do their duty for Britain”, having benefited so much from the Government’s Help to Buy scheme. But what about those of us who haven’t benefited from this scheme at all?

Churchill Retirement Living is a retirement specialist, and we are doing our best to build the housing Britain’s ageing population desperately needs. We provide older people with more suitable accommodation to meet their changing needs, enabling them to live an independent lifestyle for longer. We build sustainably on brownfield sites in town centre locations. In doing so, we meet a growing social need, reducing social care costs for local councils, as well as providing many benefits to local people and local economies.

Since our customers are not first time buyers but older people looking to downsize, we’ve had no support at all from Help to Buy.

Instead, we’ve been faced with ever increasing costs, thanks to endless new Government and EU regulations, ever greater stealth taxation, and an increasingly shambolic planning system.

We pay Community Infrastructure Levy and Section 106 requirements. We make substantial affordable Hhousing contributions for the vast majority of our schemes.

Changing building regulations have increased our costs significantly over the years, as has climate change legislation and costs such as gravel tax and waste tax..We are required to employ specialist consultants for environmental reports, highways reports, drainage reports, flooding reports, and the list goes on.

We’re a Sunday Times Top 100 employer and proud of how well we treat our staff, but more generous maternity pay, holiday pay, pension schemes, apprenticeship schemes and general working practice improvements all come at a cost to us as an employer, all of which has to be passed on to the cost of new homes.

And of course there is the rising cost of planning applications, which we now have to pay for too. The system of making developers pay for planning applications was initially introduced on the presumption that it would help speed up permissions, but it emphatically has not.

Planning is still not coming through quickly enough, hence developers needing a ready a stock of land to maintain their skilled employee base and a continuous flow of work.

Far from banking land, our approach has always been to build as soon as we achieve planning permission, especially since it now takes an average of nearly two years for us to achieve planning on a new site. By that time land contracts may have expired and need to be extended, which involves further negotiations and risk. As things stand, planning is often given for a set period already. There are loopholes galore for councils to frustrate planning by delay, and that’s unlikely to change. The suggestion to punish councils who don’t perform is a good one, but it’s very difficult to see how this will be monitored and implemented in practice. Meanwhile can we really expect Councils to set realistic policy levels for affordable housing? Many haven’t done so for allocation of development land to meet previous policies.

Churchill currently has a total of 17 planning applications running to appeal around the country, including two in the past few weeks where councillors went against the recommendations of their own Planning Officers to refuse our applications. As a medium sized housebuilder, even when awarded costs, we are unable to recover the significant impact on our business resulting from these long and unnecessary delays.

We’re having to wait 12 months on average for an appeal date, and the whole process delays us by up to 18 months on average because of a lack of resources at the Planning Inspectorate, and the lengthy appeal process generally. This is madness at a time when the need for retirement living properties for older people has never been greater.

How can private SME developers like us be expected to enter the market, let alone grow and succeed, when we’re expected to take on so much risk and expense? It seems we are being asked to build unviable developments so as to provide affordable homes funding to councils who bear none of the risk whatsoever.

So what do we have? An NPPF Consultation Review which looks likely to increase costs even further for the industry. There is nothing radical within what is proposed that will increase housing in the short or longer term, and if anything it may well reduce output.

The review contains a lot of repeated rhetoric that we’ve all heard before. As one can surmise from above, the relentless increase in housing costs can be laid at the door of Government. The current planning system, along with the endless regulations and red tape we have to face, makes it impossible for small and medium housebuilders like us to deliver at the scale that is needed to solve our nation’s housing crisis.

I would strongly urge Government to take on board the recommendations of the recent CLG Select Committee’s Inquiry into Older People’s Housing, in particular the call for a separate new use class for retirement housing. This would help us overcome the planning constraints that have been holding back the retirement housing sector for many years.