Rights to light – what are the issues?

A recent case underlines the necessity of resolving rights to light issues early, to avoid injunctions or even demolition orders 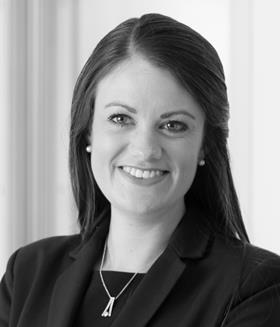 A right to light allows the benefiting building to receive light through particular apertures (usually windows) and prevents the owner of the neighbouring land from substantially interfering with or obstructing the access of light, for example by erecting or altering a building.

The rights of light implications of any proposed development must be considered from the early planning stage. If these are not taken into account and resolved from the outset, opposition from neighbours alleging interference can result in delays, the need to redesign and re-submit plans, or even the wholesale demolition of structures found to obstruct rights of light.

So, how can developers mitigate against these risks?

How are rights to light protected and enforced?

Back in 2014 the Supreme Court confirmed, in Coventry vs Lawrence [2014] UKSC 13, that the courts should take a flexible approach when considering whether to order damages instead of an injunction in relation to the protection and enforcement of property rights. There has, since that decision, been a tendency for developers and professional advisers to assume that the courts will be slow to order an injunction and will generally opt to award financial compensation (damages) instead.

To enforce its right to light, an applicant must demonstrate that its property will be or has been made substantially less comfortable or convenient

Beaumont had become aware of Florala’s plans to redevelop its property in a way that might interfere with the light to Beaumont’s high-end serviced office building. The parties entered into neighbourly discussions, but negotiations broke down. Florala commenced works and Beaumont issued court proceedings seeking an injunction and damages for wrongful interference with its right to light.

Florala completed its redevelopment and argued that Beaumont was not genuinely concerned to protect its right to light but merely sought to extract a ransom payment, and that therefore an injunction should not be awarded. Florala also argued that where a room is already poorly lit, there can be no actionable interference with a right to light in any event.

The High Court decided that Beaumont would be entitled to an injunction requiring the cutback of Florala’s now completed redevelopment, plus compensatory damages.

Takeaways from the case

The judgment bears reading in its entirety as it covers a number of issues pertinent to the obtaining of injunctions and the calculation of damages in a development context, as well as containing detailed analysis of how to quantify loss of light.

When it comes to the protection and enforcement of rights to light, however, the key points for developers to note are:

Another case from 2020 also focused on parties’ conduct in injunction cases. An injunction is an equitable remedy, underpinned by fundamental fairness and awarded by the court at its discretion. The Supreme Court in Alexander Devine Children’s Cancer Trust vs Housing Solutions Ltd [2020] UKSC 45 held that, in exercising its discretion, the court can and should take conduct into account. It took a dim view of what it termed the developer’s “deliberate and cynical breach” and ordered that a party must not be allowed to benefit from presenting the courts with a fait accompli.

Apart from providing a stark reminder that the courts will not shy away from ordering a developer to demolish a completed project if there has been a right to light infringement, Beaumont vs Florala provides guidance as to when an infringement might be proven, even in an already poorly lit building. It also demonstrates the importance of the factual matrix, and in particular the nature of the buildings involved.

When it comes to the protection and enforcement of rights to light, developers should take the threat of injunction seriously. Developers should ensure that their conduct is exemplary and should, ideally, work co-operatively with neighbours to resolve any potential issues before building works commence.