Section 144: What about commercial property?

When redeveloping an empty property, the project can be at risk of delay from squatters. The law now protects residential stock – should the same happen with commercial buildings? 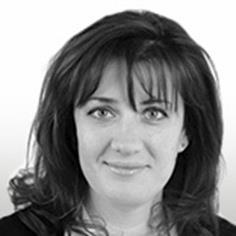 For developers who have a vacant property awaiting redevelopment, there is always the risk that it will become a target for squatters. The damage and delays that this can cause can prove to be very costly for the developer.

On 1 September 2013 was the first anniversary of a law that made it an offence to squat in residential properties. The occasion was marked with calls from politicians on both sides of the House for the law to be extended further to cover commercial properties, and, in turn, a vociferous response from squatters’ organisations. One year on what difference has the new legislation made, and what actions do owners, developers or builders need to consider?

The previous position was that squatting was not, in itself, a criminal offence, although there were some criminal sanctions that could apply, and criminal acts could be committed on site. Consequently, property owners had to make an application to court to regain possession.

On 1 September 2012, Section 144 of the Legal Aid, Sentencing and Punishment of Offenders Act 2012 came into effect. Section 144 makes it a criminal offence to enter a residential building as a trespasser, if the person knows or ought to know that they are trespassing, and if they live or intend to live there. The offence is punishable by up to six months in prison and/or a fine up to a maximum of £5,000. The first person to be jailed for squatting in a property in Pimlico was jailed for 12 weeks.

In general, property owners welcomed the legislation. However, there were immediate concerns that it would encourage squatting in commercial premises and property owners called for it to be extended to cover non-residential properties.

Squatters’ advisory services reacted by calling for people to test the new law in court, and by publishing advice and reminders that non-residential properties could still be squatted without committing an offence.

The Ministry of Justice described Section 144 as a “first step” and has always made it clear that the position would be kept under review. Most recently, justice secretary Chris Grayling has been calling for opinions from MPs to assess the effects of both squatting and the law in various constituencies. To date, MPs have provided the example of squatters who occupied 111 Westminster Bridge Road, allegedly stripping the building and causing £100,000 clean-up costs for the developers. A second example given was Patmos Lodge, where squatters cost the owner £150,000 in fees and security costs, and exposed asbestos by ripping out lead and other metals to sell.

Certainly we have noticed an increase in the number of squatters’ actions concerning commercial properties. Recently we acted for one landlord who was about to redevelop a vacant property when it became occupied by squatters. They confirmed that they had targeted the property because it was non-residential.

In terms of the next step in reform, the government will consider the results of the feedback it receives before deciding whether or not to extend the ambit of Section 144 to cover commercial properties. For the moment, the risk of the law as it stands attracting squatters to non-residential sites remains an issue for developers and builders that own properties more likely to be sitting vacant.

Although in theory possession proceedings can take days, the reality is more likely to be weeks, depending on the availability of the court and the bailiffs. This can cause significant delays to a development, and lead to fees and late costs. There is also the risk of damage being caused, valuable features being stripped out, or large utility bills being incurred. Owners and developers should be aware of risks and take steps to protect themselves.

Such steps could include increasing security and insurance cover, or considering short-term occupation by a charity or other occupier. In certain circumstances, it may even be appropriate to demolish the existing building. However, developers that are worried that squatters may acquire greater rights are unlikely to have real cause for concern. They would have to have occupied the property for a number of years before they could claim to have become the new owners.