As the UK moves away from a centralised energy system, a more agile, distributed approach to energy will play a key role in bringing down the UK’s emissions 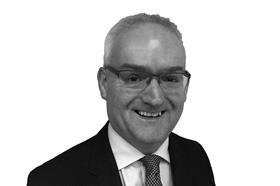 Public sector buildings account for more than a quarter of the UK’s entire energy demand, costing the government around £2bn each year, although emissions have been cut by around 40 per cent since John Major’s government in the early 90s.

In its Clean Growth Strategy – set out last October – the Conservative government challenged the public sector to reduce its greenhouse gases by a further 30 per cent by 2020/21. However, after almost a decade of austerity and funding cuts, energy efficiency has remained a challenging issue to tackle for many local governments and councils.

Most recently, Robert Jenrick, exchequer secretary to the Treasury revealed that improving the energy efficiency of the public sector estate will be part of the Treasury’s upcoming spending review. During a fringe event at the Conservative party conference, Jenrick highlighted the potential to improve how taxpayers’ money is spent as well as the need to put the public sector at the forefront of the UK’s sustainability drive.

Research conducted by Centrica found that the NHS alone could cut carbon emissions by 16 per cent if just 50 per cent of trusts updated their energy systems and adopted distributed energy solutions such as battery storage, solar panels and combined heat and power (CHP) units. In monetary terms, this could save the taxpayer £130m a year on the NHS’s current £500m energy bill.

As the UK moves away from a centralised energy system, a more agile, distributed approach to energy will play a key role in bringing down the UK’s emissions and energy expenditure, and this is particularly true of the public sector where facilities are often large and energy intensive.

CHP technology is a great example of how some public organisations are already harnessing the power of a distributed energy strategy. CHP units create energy onsite by converting a single fuel into power and heat simultaneously. More importantly, they can lower energy bills by up to 40 per cent and cut carbon emissions by up to 30 per cent. With a typical lifespan of up to 15 years, payback is usually between three and five years, meaning that savings can be made long after the technology has paid for itself.

Meanwhile, renewable solutions such as solar panels, combined with battery storage, can be used to generate revenue as they allow organisations to sell any excess energy generated to the grid for profit.

Of course, financing a green energy strategy against a backdrop of reduced funding is a major challenge. By 2020, some areas of the public sector are expected to receive 40 per cent less funding than they did a decade ago. But there are initiatives available to help overcome this.

The Public Sector Energy Efficiency Loan, for example, was introduced in 2013 and provides loans to encourage more public sector bodies to install energy saving measures, such as insulation and LED lighting. The scheme has already provided more than £235m of funding to date and was extended by almost the same amount in 2015.

But this type of funding is better suited to quick retrofit solutions. For longer-term energy projects, local governments may wish to consider partnering with the private sector to establish onsite generation.

Energy efficiency remains a major issue for our times and will sit highly on the agenda of central government for decades to come. For local governments looking to take the step towards a more sustainable, efficient future, there is support out there. Whether it’s from Whitehall or private companies, the help is already available.