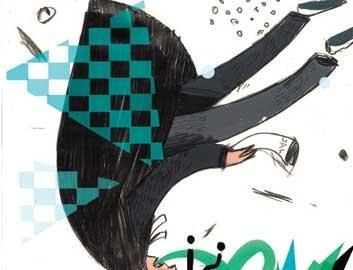 ‘The rough and tumble of normal commercial bargaining” can, clearly, be used to extract a good deal from the other side. But if one party abuses this power, the other could argue later that the resulting contract is not binding. Such an argument is founded on the legal doctrine of economic duress, an option that is being investigated seriously at the moment by parties that believe the other has forced them (against their better commercial judgment) to enter into a contract.

Employers, main contractors, subcontractors, suppliers and consultants can all come under pressure to renegotiate part of a contract or to forgo some benefit under it, perhaps for a promise of future work, because cash flow is strained or because one party threatens to terminate the contract. A successful claim of economic duress means the “victim” can get the agreement unravelled.

This can be a powerful commercial tool. It should certainly be considered by insolvency practitioners (IPs) who come across agreements that seem at odds with orthodox commercial practice. For example, an IP may enquire why a main contractor renegotiated an agreement to waive its right to liquidated damages from a subcontractor and increase the subcontract sum (in the absence of any additional work) while relaxing a key term in the specification.

A number of recent construction cases have centred on economic duress. Last year’s dispute between Farm Assist (in liquidation) and the secretary of state for environment, food and rural affairs concerned the allegation that a settlement agreement was entered into under economic duress, and the court dealt with the question of whether the mediator could be called to give evidence of what happened during the mediation. In the case of Capital Structures vs Time & Tide Construction (2006), economic duress was argued successfully to resist adjudication enforcement proceedings.

The latest judicial guidance, however, comes from the commercial court, which last month decided the case of Kolmar Group vs Traxpo Enterprises; this dealt with the renegotiation of a methanol supply agreement.

The legal test for economic duress takes account of the following:

Cases of economic duress being successfully used are not in abundance and careful factual analysis is advocated. Paradoxically, both parties need to be careful, since labels such as “victim” and “aggressor” are not obviously applicable at the contract negotiation stage. An employer that thinks it was simply renegotiating a contract on a win–win basis may be disappointed when, say, an administrative receiver seeks to set aside that agreement on the basis of economic duress.

It is, typically, after the event that directors, IPs and their advisers seek to unravel such agreements. It is not an easy hurdle but economic duress is now being exploredby many entities – either in financial difficulty or in insolvency. Court cases will, no doubt, reveal more.

Hamish Lal is head of construction at Jones Day