Something to shout about: Deafness claims 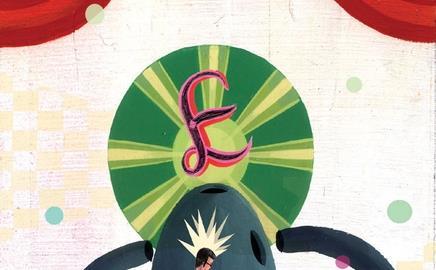 Money matters Construction is a noisy business, and employers increasingly face claims from workers whose hearing has been impaired. But now, says Jim Byard, that may be about to change

Employers in the construction industry have faced an epidemic of deafness claims in recent years, thanks mostly to relentless marketing by “claims farmers”. Although employers have experienced some success in defeating these claims on the grounds that deafness has been caused by factors other than noise, ear, nose and throat consultants have been united on one issue: that deafness, (whatever its cause) is an irreversible condition.

Recent scientific research suggests, however, that the prognosis for the millions of people affected by constitutional or occupationally induced hearing loss may not be as bleak as once feared.

In order to understand the latest scientific research, it is necessary to understand how hearing becomes damaged. The inner ear, or cochlea, contains 20,000 fine hair-like cells that are suspended in fluid. These cells convert sound waves into electrical impulses in the auditory nerve, which the brain perceives as sound.

The accepted wisdom was that once damaged or destroyed, these cells could not be regrown or reconstructed. With the exception of hearing aids, which amplify sounds, the advice given to sufferers was simply to accept your lot and cope with it as best you could.

Then in August last year, a groundbreaking scientific study published in Nature magazine suggested that hair cells within the cochlea were capable of regrowth. The paper “Functional auditory hair cells produced in the mammalian cochlea by in utero gene transfer”, provoked considerable excitement in this field of medicine and has fuelled belief that a cure for deafness may not be far away.

Although the research has fuelled enthusiasm, it is likely to be several years before treatment will be widely available.

As the treatment becomes less expensive, or available on the NHS, deafness may be seen as a short-lived condition leading to substantially lower damages awards

In this post-credit-crunch age, funding for treatment is likely to be restricted to those most severely affected by cochlea damage. It is probable that Nice, the body that controls and regulates clinical and health spending, will set up a strict criteria of eligibility, which may well exclude those with only a modest degree of hearing loss. It is by no means unlikely that in a few years those suffering from hearing loss will be able to get quick, painless treatment to cure their condition.

Those acting for construction industry claimants are likely to seek the additional cost of cochlea regrowth treatment within their schedule of loss. In the early years, this may prove expensive for compensators such as construction or building companies, particularly as treatment will probably not be available on the NHS to those suffering from moderate hearing loss.

This is likely to be complicated by arguments as to the contributions made by age and other exposure.

As the treatment becomes less expensive or becomes available on the NHS, deafness may be seen as a short-lived condition leading to substantially lower damages awards. This is especially true given that such awards, in the main, compensate the claimant for the effect that the condition will have on their enjoyment of life for years to come, particularly when the additive effects of age-related loss are considered. The availability of such treatment is also likely to negate any need for claims for hearing aids, the cost of which routinely exceeds £2,500. In the long term, we may well see a significant reduction in compensation paid by builders and their insurers.

This research published in Nature is an encouraging development not only for those involved in scientific research, but for many construction workers who have occupationally-induced hearing loss and are now reliant upon hearing aids.

It is also hoped that one corollary of the expected future treatment will be a corresponding reduction in damages awards to those who will no longer be suffering from a condition once thought permanent and irreversible.

Jim Byard is a partner in Weightmans