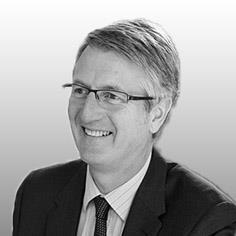 The message needed no political decoding. The chancellor’s speech to the Conservative Party conference last October ended with the phrase “we are the builders”, and made no fewer than 25 mentions of the word “build”.

And when “George the Builder” - as he was inevitably nicknamed by the tabloids - presented his Autumn Statement a few weeks later, he vowed to unleash Britain’s “biggest housebuilding programme since the 1970s”.

But the Autumn Statement didn’t just throw down the gauntlet to the nation’s housebuilders. It also issued a challenge to Britain’s local authorities – to get more out of their assets.

Our local leaders have been given a powerful means to meet that challenge – the right to keep all receipts from asset sales. With England’s councils alone holding an estimated £225bn in assets, there is the potential to unlock vast sums.

But this power need not trigger a mass sell-off. A report by Centre for Cities and Turner & Townsend found many councils are now less likely to sell assets to produce one-off receipts, and are using them instead to generate ongoing revenue.

As the report’s co-author Louise McGough notes: “Making the most of public assets is about more than just selling them off.”

Local government funding from Westminster has been cut by £18bn in real terms since 2010, forcing all councils to seek alternative sources of funding and drive greater efficiency. The report studied the many and different ways local authorities across England and Wales have used their assets to support their balance sheets.

It concluded that councils that take a more strategic approach, and focus on maximising the value of their assets as a part of a programme rather than a series of disparate projects, are the most likely to thrive.

Councils that take a more strategic approach, and focus on maximising the value of their assets as a part of a programme rather than a series of disparate projects, are the most likely to thrive

Some of the most successful strategies to be implemented were: a commercially-driven investment approach, the use of assets to lead development, and working with partners to shape development across a region. For example, Eastleigh Borough Council in Hampshire has adopted an investment approach to asset management. Since 2011 it has run a successful asset acquisition strategy, taking advantage of low property values and low interest rates.

By identifying assets that could generate the best economic and financial benefits and acting proactively in the market, the council built up a commercial portfolio that produces more than £2.5m a year in income, which it says more than covers borrowing costs.

Meanwhile, in the London borough of Camden council leaders are using publicly owned land and property to provide more affordable housing. The council has launched a 15-year asset investment plan aimed at building new homes (many of which are for shared-ownership), funded by selling parts of those new developments. The council identified outdated assets that were put on sale to generate capital receipts, which were then used alongside borrowing to redevelop existing estates and to build new properties - enabling the council to develop the first new council housing in the borough in 30 years.

Whatever the individual strategy adopted, there is something else that links the most successful authorities – a commercial approach to decision-making, and the use of robust and comprehensive data analysis both in the drafting of the masterplan and in its implementation.

But data for data’s sake helps no one. It is essential that the key decision makers are not just given the right data, but that the data is interpreted and presented as actionable intelligence. In addition it’s vital that local authorities, public sector partners and the private sector work together effectively. For two reasons - this sort of cross-sector collaboration can foster a more entrepreneurial culture, and spark the creation of novel ways to capitalise on the value of public assets.

Yet there is no one-size-fits all formula for success - for some councils the right answer will be selling assets for capital receipts, while others will prefer to use them to produce long-term revenue. While the freedom to keep 100% of the receipts from asset sales will give cash-strapped local authorities greater flexibility, it’s no panacea and is unlikely to prompt scores of councils to hastily flog their “crown jewels”.

Selling off an asset can generate a one-off cash receipt, but until now this money could only be used to fund capital expenditure, such as transport. For most councils, the real challenge is in funding local services, staff salaries and day-to-day running costs.

Since the Autumn Statement, Turner & Townsend has been holding a series of roundtable events with English local authority leaders, and this tension between short-term financial gain and long-term economic development goals has proved a recurring theme.We’re due to meet council leaders from across Northern and Western England in early 2016, and I expect to see many adopting the sort of progressive, commercially-driven asset management strategies that the Centre for Cities / Turner & Townsend report highlighted.
In an era where austerity has become the new normal, the ability to generate a consistent revenue stream – and drive maximum long-term value - from local authority assets will invariably triumph over the prospect of a quick buck.