Tax compliance: Anything to declare? 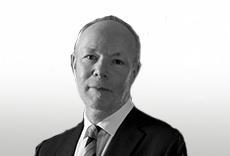 The government’s dislike of tax avoidance measures has been known for some time. In March 2012 George Osborne announced a “general anti-avoidance rule” (GAAR) to be brought in by the Finance Act 2013. The government is also using procurement as a test for compliance with tax obligations. On 14 February 2013, HM Revenue & Customs issued a discussion note outlining its scheme whereby those applying for public contracts above the EU procurement thresholds would have to self-certify as to the supplier’s tax compliance history.

Since many public construction projects will be above the EU thresholds, this means that many contractors will have to give a declaration by a director, officer, partner, trustee or proprietor as to any non-compliance. At the moment, HMRC is looking for the certificate to cover the supplier’s previous 10-year tax history with the declaration having to state whether it has had an “occasion of non-compliance”. The taxes in question are all HMRC-administered, and include:

For the construction industry, the CIS scheme will also be relevant.

A non-compliance will arise where tax returns are found to be incorrect under either the GAAR, a “targeted anti-avoidance rule” or where there is what is called “Halifax abuse”. A conviction for tax offences or a civil penalty for fraud or evasion can also be non-compliance.

The concept of Halifax abuse arose out of the construction of four call centres and an arrangement to help with the recovery of VAT. The European Court of Justice considered that where the “essential aim” of schemes was to give a tax advantage that defeated the purpose of legislation, then unless there was another good explanation, it could be regarded as abusive.

Consultation on the discussion note closed at the end of February, so the final version of the scheme is not yet definite. Nonetheless,the clauses are expected to give the right to terminate a contract for incorrect self-certification and also for an “occasion of non-compliance” during the course of it.

What can we expect the attitude of procuring departments to be? The guidance makes clear that a non-compliance need not be fatal to a supplier’s prospects. It can provide an explanatory statement in relation to non-compliance. Much will depend on the nature of the event, how long ago it occurred and how seriously it was regarded. Minor penalties for late filing are not considered serious. Steps taken to avoid recurrence of non-compliance may mitigate a previous failure.

For some contractors, knowing their tax history may be a simple matter. It may be a single company business with a finance director who has been in place for the last 10 years. For others, however, this may pose real practical problems. A group where subsidiaries have joined and left, with changes of management, may pose significant difficulties in investigation.

While the discussion note does not specifically address the role of subcontractors, the aim of this process would be wholly frustrated if a compliant main contractor could engage a range of non-compliant subcontractors. The implications of this for such a significant supplier industry are still being considered by HMRC. The note does consider the role of foreign contractors and requires them to certify on a similar basis to those based in the UK.

So, what steps can contractors tendering for public work take?

As always with public procurement, the procuring authority is expected to act fairly and in a transparent way. But the evaluation of non-compliance and whether it is regarded as sufficiently serious to preclude the contractor from the process will add to the scope of dispute in this already complex area.

Michael Woolley is a partner, construction, in Hill Dickinson