The duty to warn

If a dentist treating one tooth notices that another is rotten, he has a professional duty to tell the patient. Unfortunately, the duty to warn isn’t always so straightforward 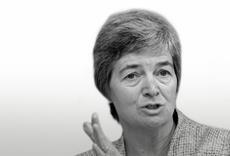 The scope of a professional duty should be determined by the professional person’s retainer or contract of engagement. However, it is possible that a duty may be triggered by circumstances that arise during the commission. A common example is where a professional, in the course of doing the job for which he or she has been retained, becomes aware of a risk or potential risk to the client and may thereby become under a duty to inform the client of the risk.

An analogy given in one case - the “rotten tooth analogy” - was of a dentist who is asked to treat a particular tooth. If, on looking into the patient’s mouth, he notices that an adjacent tooth is in need of treatment, it is his duty to warn the patient accordingly.

In real life, however, matters are rarely likely to be so straightforward. How significant or obvious or specific does the risk have to be to trigger a duty to warn? Does it matter how it comes to the professional person’s attention? Must the professional person have actual awareness of the risk, or could a duty arise merely because he or she ought reasonably to have been aware of it?

Some guidance has been given in the recent Court of Appeal case, Swain Mason & Ors vs Mills & Reeve. Solicitors from Mills & Reeve were engaged to act for a father and his four daughters, who were shareholders of a company, in relation to the sale of their shares as part of a management buyout. Sadly, the father, who was the main shareholder, died during a routine surgical procedure shortly after the buyout had been completed. His death gave rise to adverse inheritance tax and capital gains tax consequences which would have been avoided had he still owned the shares at the time of his death.

How significant or obvious or specific does the risk have to be to trigger a duty to warn? Does it matter how it comes to the professional person’s attention?

The father had not sought advice from the solicitors on inheritance or capital gains tax. However, it was argued against the solicitors that their awareness that the father was to undergo surgery triggered a duty to advise postponing the buyout until after the surgery.

The Court of Appeal, agreeing with the judge below, rejected this argument. It paid particular regard to the incidental manner in which the solicitors had found out about the surgical procedure. The information was contained in an email from the father which he had not originally addressed or sent to the solicitors. The email was only seen eventually by the solicitors because it had given rise to a chain of emails on other matters and the father had copied the chain to the solicitors in connection with one of these matters. The email also contained no information to suggest that the procedure was other than routine.

Another issue that arose in the case concerned the refusal of the solicitors to enter into mediation, for which the court below reduced the costs awarded to them. Courts have for some time routinely encouraged parties to mediate. The claimants in this case had proposed mediation or any other appropriate form of alternative dispute resolution (ADR) at various stages, and at two interlocutory hearings the judge had encouraged the parties to consider mediation. At all stages, however, the defendants had declined to participate, on the basis that the claim was without merit. The judge described the attitude of the defendants as intransigent and their position as unreasonable.

This troubled the Court of Appeal. The fact is that the solicitors’ assessment of the strength of the claimants’ case on the main issue had been vindicated. The court did not think it right to style critically the solicitors’ refusal to agree to a mediation as “intransigent”. A reasonable refusal to mediate does not become unreasonable simply by being steadfastly maintained.

The judge below had said that the solicitors should have considered avoidance of “collateral reputational damage” as a factor favouring a negotiated settlement. However, as the Court of Appeal said, a settled professional negligence claim is capable, in some instances, of leaving behind reputational damage, and some professional defendants may, entirely reasonably, wish publicly to vindicate themselves at trial.

The Court of Appeal has made it clear before that parties are not to be compelled to mediate. As stated in an earlier case by a former head of the Technology and Construction Court: mediation and other ADR processes do not offer a panacea.

It ought to be rare for a party that has won the case to face costs sanctions for having refused to participate in mediation. In this case, the apparent requirement that the successful party’s belief in the strength of its case should have been reasonable seems otiose: if it was unreasonable, the party would presumably have lost (and would be having to pay the costs anyway); given that it has won, the belief could not normally be described as unreasonable.