The flaw in Miliband's plan 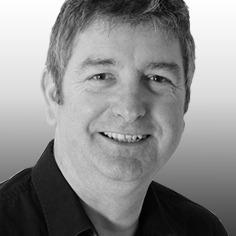 “We’ll say to private developers we can’t just sit on land: either use the land or lose the land, that is what the next Labour government will do.

We’ll say to local authorities that they have a right to grow, we’ll identify new towns and garden cities and we’ll have an aim that at the end of the parliament Britain will be building 200,000 homes a year, more than at any time in a generation.

That’s how we make Britain better than this.”

There’s an obvious flaw in this approach, advanced by the Labour leader at his party conference speech yesterday: it isn’t developers, necessarily, sitting on the land. Many sites with the benefit of planning permission remain with the original landowner, in part because the owner invested to get the permission but got caught out by market decline and has been unable to sell to a developer. Taking the land off the owner who has invested thousands of pounds to secure planning permission and then found him or herself powerless to move the land on to developers is hardly a fair response and, without adequate compensation, is likely to reduce rather than increase private endeavours to secure planning permission.

Moreover, assuming the land can be taken and at a fair price, what exactly is going to happen with it? Some element of public investment in housing is necessary if we’re to return to the sort of building rates required (200,000 or more dwellings a year), but if the local authorities can’t fund the new housing and the market isn’t able to take it up, all that will happen is that the land will sit idle in public hands rather than private hands.

What will be needed is a return to the sort of central government driven investment that brought about the new towns in the period between the 1940s and the1970s. We’ll need heavily funded and properly empowered Development Corporations, able to deal with the planning, financing and resourcing of development. And this will require massive public funding – certainly something that won’t be feasible while austerity remains. Ironically, by the time the government could afford such investment, it’s likely that the private development industry will be seeing levels of market activity that mean land won’t be sitting idle in the first place.

So public investment, the creation of Development Corporations, and the use of CPO powers may have a role to play in delivering a new era of New Towns – as they did in the past – but they’re not an answer to recessionary problems in housing delivery. The very times when the Government might most need to use powers in the way that Ed Millband describes are the times when the Government could least afford to do so.