The government needs to extend the Community Housing Fund 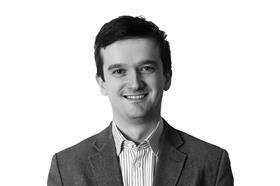 The government will be putting thousands of community-led homes at risk if it doesn’t extend its Community Housing Fund.

This fund was launched by Homes England in July 2018, providing £163m of revenue and capital funding for community land trusts, cohousing communities and housing co-operatives. The deadline for applications is December 2019, and grants must be spent by March 2020. It is an incredibly small window.

Homes England has told us, via a freedom of information request, that there are now more than 3,500 homes in the fund’s pipeline.

Most of the projects are at an early stage, using the revenue funding for pre-development costs to get them to planning. The groups will then need to apply for capital funding for their affordable housing, but few will be at that point by the end of this year.

Some will still be able to apply for the mainstream affordable housing funding. But many are developing innovative forms of affordable housing so will be ineligible. This is exactly what the Community Housing Fund is designed for.

Also read: What is the Community housing fund? Brokenshire announces £450m to speed up housing on public sector sites

In London, where the Greater London Authority (GLA) operates the fund, it is a different story. The GLA launched its £38m portion of the fund in January, and it will run until April 2023.

The government set up the Community Housing Fund to support innovation in construction techniques, and to further diversify the housebuilding industry by supporting new entrants that make use of small contractors and suppliers. It also seeks to permanently increase the scale of output from the community-led housing sector.

It cannot achieve these goals without sustained investment over at least a five-year period.

Few volume housebuilders can turn around projects in less time, and for new small developers – especially those that require a period of time for the community led organisation to form – five years is an achievable but ambitious timetable.

That is why we are calling on the government to extend the Community Housing Fund to at least 2023, and ideally for the duration of the next spending review period.

Officials expected this to have resulted in a decision last month. We are still waiting, with no clear timetable for the spending review and consequent decision.

Herstmonceux CLT is one group that has secured revenue funding. It aims to build 19 homes for local need, to retain young and older residents in its rural Sussex parish.

Its chairman, Alan McInnes, told us that they are now in a race against time to resolve technical, environmental and planning matters with their site in order to commence construction before the Fund closes.

Other groups fear that, due to delays and uncertainty, options with landowners may expire, agreements with suppliers for modern methods of construction may fall through, and rising costs may threaten the viability of their project.

Time is running out. We need a decision.