It takes all sorts, they say, and that’s what we’ve got this week – everyone from a marathon-running chairman to a time-travelling architect. We’ve drawn the line at mafia bosses, though

Run into the ground

What is the biggest danger to UK housebuilders at the moment? A miserable lack of sales? Eric Pickles? If you work at Redrow, the most pressing problem could be your boss simply collapsing through exertion. Steve Morgan ran the London marathon last week, and apparently “nearly killed himself” in his efforts to get to the finish line. Bravo, I say, that’s quite an achievement. Morgan is now taking a well-earned break in Antigua where, Redrow will hope, he will take it easy.

Many in our industry will recognise CECA as the Civil Engineering Contractors Association. However in Serbia CECA is recognised as the buxom popstar widow of notorious warlord Arkan. CECA (the Serbian version) was recently indicted on fraud and weapons charges in Belgrade. As a result, traffic on CECA’s website (the UK version) has shot up with the bulk of hits coming, presumably, from perplexed Serbians. CECA’s website is braced for another blitz next month as the dodgy pop star is sentenced.

How old is Ken Shuttleworth? That’s the question the people at Companies House are asking about the boss of Make architects. One of my spies was trawling one of those documents and came across a rather strange anomaly in the files of Dr Shuttleworth. In 2004 he was registered as having been born in 1952, but documents filed last month claim he entered this world in 1956. Wikipedia says the first date is the correct one. Why then the discrepancy? Has Make managed to design a time machine?

The one about the funny walk

The funnymen at Galliford Try are working on Blackpool’s answer to Hollywood’s Walk of Fame: a pavement adorned with famous quotes and catchphrases from British comedians. While Britain’s north-west coast may seem far removed from the glamour of Los Angeles’ Hollywood Boulevard, Galliford’s client has high hopes for the project, dubbed the “Comedy Carpet”.

“The Comedy Carpet is going to be our Angel of the North - but horizontal. It’s that sort of impact,” a spokesman for the Blackpool-based developer backing the scheme said. Is this the city’s most glitzy project to date?

Tenders in the underworld

Extensive pre-qualification criteria are par for the course for UK tender documents these days. These can cover many things, but whether it’s the need to be solvent, or having the odd woman on the company board, the game is clearly changing for contractors. However, the Japanese appear to be going even further. On a recent tender document for pre-fab homes open to international firms, the procuring authorities state: “The management of the applicant shall not be actually controlled by crime syndicates or similar groups.” I am appalled at this commercially unworkable and invasive requirement. And I suppose we won’t be seeing any dark, gritty stories with a twisting plot and dangerous family alliances on this page any time soon, then? Your loss.

In the long-running, tedious, unofficial competition to find the most cringe-worthy construction-related publicity stunt, I think we have a winner: the BIM Geek. The mysterious figure, modelled on Top Gear’s anonymous racing driver The Stig, will be offering tips on Twitter and Facebrook on how to use Building Information Modelling software and is touted as a “figurehead” for BIM. The question remains, of course: who is underneath the helmet? The shortest odds are surely on Paul Morrell. 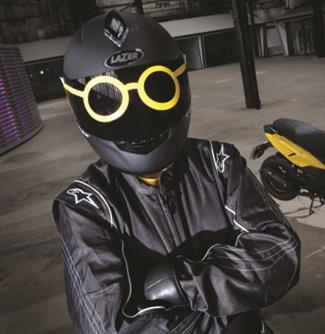