The skills gap and how to fill it

Anyone in construction who dares to peer into the future will be confronted by a looming skills gap and an ageing workforce. David Blunkett calls for some imaginative forward planning 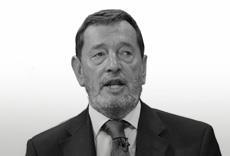 Those bidding for contracts in construction and the built environment have a triple whammy.
The most obvious of these is well-documented and debated. Namely, the dramatic cut in public expenditure and the direct as well as knock on effect that this has throughout the sector.

The second, which receives some attention, not least from the CBI, but little debate about the medium term consequences, is the Government’s commitment to reduce net migration below 100,000 by the spring of 2015. Net migration, of course, is just what is says. It is dependent on who is leaving as well as who is coming into the country.

Almost 20% of skilled workers are within 10 years of retirement. A slight nudge upwards in the formal retirement age will not resolve the flow out of the industry

Credit is due to the Government in seeking to accelerate the previous Government’s commitment to apprenticeships. However, as many will know, these have been substantially (particularly with older people) mopped up by the retail sector, designating in some cases, existing staff!
Who could argue, however, with the concept of skilling those already in the country to be able to meet future specialist need and to assist in regrowing our economy, rather than pulling more migrants in from Eastern Europe and outside the European Union?

Of course, we have no control, even though the Home Secretary claims to have some clever wheeze to revisit this over free movement of people, and therefore free movement of labour within the European Union. Stop people working legally, and they work in the sub economy illegally. That is why despite all the rhetoric to the contrary, allowing Accession country nationals to work legally, pay tax and national insurance from the spring of 2004 was still the right policy.

But of course, skilling people to meet the needs of industry and then persuading them to commute almost as itinerants into the south east of England is entirely another matter. To begin with, we want properly trained individuals and this takes time. Add to this the need to avoid further long term migration to London and the South East, and we have a challenge.

It is, however, the third issue which receives very little attention and is worthy of thought, planning and therefore preparation. This is the demographics of the construction industry. Almost twenty percent of current skilled workers are within ten years of retirement. A slight nudge upwards in the formal retirement age (which in any case is a challenge to those in the most physical work) will not resolve the flow out of the industry.

Can an industry with a historic macho image live up to a re-adjustment in its employment practices?

Imaginative ways need to be developed to confront this inevitable drain on skilled resources. For instance, construction and those working in the built environment are not, it has to be said, at the forefront of diversity, flexible working and a willingness to adjust to the needs of the modern family.
Allowing people to work part time may seem inconvenient but the challenge is such that this would not only benefit those who find themselves increasingly unwilling if not unable to work a five or six day week but who would opt to retire if part time options were not available?

Adjusting to allow for the development of additional skills, which would offer a broader choice of employment within the company, is also another way of avoiding losing those skills altogether. But can an industry with a historic macho image live up to a readjustment in its employment practices?
Listening to employees might be one essential first step. In a recent survey 46% of 50-65 years olds in the industry indicated that they would be interested in flexible working. The actual number currently offered such a facility is just 4%.

The second step might be to map the age and skills of the workforce. Some employers do this automatically but not enough. With estimates that the flow of young people into the industry (again to do with demographics) without the in-flow of migrants will fall drastically, recruiting and training older workers will become an imperative.

It has been estimated that the industry needs 35,000 new entrants every year, which could rise to 70,000 during boom times. More than this, despite the recession, 6% of construction employers are reporting staff vacancies. It is in this context - and bearing in mind there is no getting away from the fact the proportion of workers aged over 45 will continue to grow - that a new approach to workforce management is essential.
Quite simply, the slogan has to be ‘plan now or fail later’.

Who are the good employers? 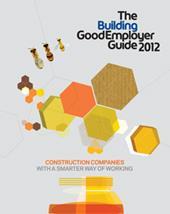 You can read the digital edition online at www.building.co.uk/supplements