The UK economy: Kill or cure 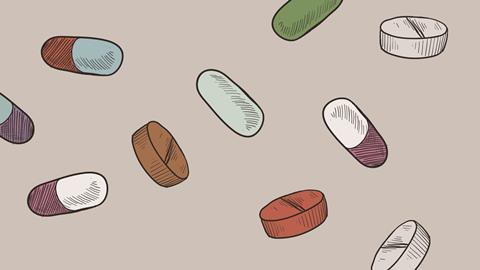 Recent figures show the UK economy is back in recession - and it’s the construction sector that put it there. In the first of a two-part look at the handling of the economic situation Joey Gardiner examines why the government’s course of treatment is failing to deliver a recovery

Many in the construction industry expressed surprise last week’s when UK GDP figures were unveiled, showing that a contraction in construction output had dragged the whole of the UK economy into recession.

For those at the front of the supply chain, the start of 2012 has felt a lot more positive than the nightmarish end of 2011, which was beset by a growing sense of dread regarding the euro crisis. Clients have been more confident in 2012, and schemes, particularly anything with a pre-let, are gradually being dusted down.

But last week’s figures, showing a 3% fall in construction output in the first quarter of the year, shouldn’t really have surprised anyone. Schemes being taken off the shelf now will only feed through to output figures in 12-18 months’ time. Current output, on the other hand, is based upon the new orders received last year. And new orders in 2011 were (accounting for inflation) at their lowest ever level since the data was first recorded in 1980, 39% below the peak of the market in 2006.

It was the year that austerity really started to bite. New orders for non-domestic public buildings - schools, hospitals, prisons - were down 35% in 2011 compared with 2010. The most recent figures for public non-housing work show quarterly orders sitting at way under half the peak reached under Labour’s fiscal stimulus in 2009.

But, nevertheless, just last October prime minister David Cameron talked about “getting Britain building” with plans for 100,000 extra homes, partly on public land. Chancellor George Osborne made the provision of new infrastructure the centrepiece of his autumn statement in November, with a plan to attract £20bn of institutional finance for new construction projects. We have a National Infrastructure Plan, a £50bn public construction pipeline, a new construction strategy and a totally revised planning system, all changes designed to aid the economy by boosting the construction sector.

Yet with the likes of Balfour Beatty and Carillion all launching major restructures, the number of people employed in construction fell by 65,000 last year. So with construction still on the sick bed, why has the government seemingly got its prescription for a recovery so wrong?

The first and most obvious reason why the government’s attempts to revive construction are running up against the buffers is the overall plan to cut the UK’s national debt by reining in spending.

Osborne has made limited efforts to protect capital spend on infrastructure in these cuts - none of the additional £200bn of planned spending cuts above and beyond that previously planned by Labour will fall on capital expenditure. But it still leaves the big-spending construction departments cutting sharply: communities and local government, down 74%; education, down 60%; health, down 17%. Overall the Construction Products Association (CPA) predicts a cut of 36% in public spending on construction over the five years from its peak in 2010, when public work made up a third of all industry work.

A significant change in government spending is bound to have an effect. while The private sector is moving, it is not yet taking up the slack

Graham Shennan, managing director of Morgan Sindall, says: “Such a significant change in government spend is bound to have an impact. While the private sector is moving, it is not yet taking up the slack.”

But it’s not just direct procurement of public construction that is at stake: the cut in spending impacts on growth in the wider economy, arguably making private clients less likely to invest. Until now the government, and many bodies representing businesses, including the UK Contractors Group (UKCG) and the CBI, have said the cuts are a price worth paying for the supposed economic stability engendered by a credible deficit reduction strategy. But worsening GDP figures makes this argument less convincing.

Noble Francis, economics director at the CPA, says: “It is essential to cut the deficit. However, if you cut so much you can end up with a situation where you don’t get any growth in the economy. Unfortunately plan A has ended up reducing economic activity.”

Osborne has made a big play of protecting infrastructure spend during his cuts: the Department for Transport (DfT) has one of the smallest capital spending cuts in government, at just 11%, while funding at the Department of Energy and Climate Change (DECC), which pays for flood defences and nuclear decommissioning, will actually rise by 41%.

Final sign-off on Crossrail and approval for major projects like High Speed 2 and new-build nuclear plants are also working through the system. Potentially more significant in terms of positive growth is the £20bn Osborne is trying to raise from institutional and pension fund investors to fund infrastructure projects.

At the same time overall infrastructure spend, much of it by private regulated industries, has been growing since 2008, and will have doubled by 2016, according to the CPA. The problem is that, beyond the decision not to cancel Crossrail, all of this has been factored in by the industry and it is difficult to discern any particular boost from the coalition’s policies.
This is because infrastructure projects, such as the £30bn High Speed 2, take such a long time to come to fruition. So, while Osborne’s plan makes long-term strategic sense for the economy, there will be no short-term construction stimulus.

Francis says: “If the government was committed to a short-term boost it would simply speed up spend on maintenance. Instead it has chosen to focus on new projects, but these will take 8-24 months to come on stream.”

For example, Osborne’s “announcement” of £20bn of institutional investment in to infrastructure last autumn was based on estimates following an initial discussion with some pension funds. But so far only £2bn has actually been promised, amidst widespread concern that pension funds are not ready to take on the risk for complex construction projects. The £10bn plan to build new nuclear plants at Hinkley is dependent on a French utility, EDF, deciding to invest - despite the fact the lights might go out in the UK if it isn’t built.

Earlier this year prime minister David Cameron said the government will explore road pricing and private funding to build the £1bn A14 upgrade - previously a publicly-funded project cancelled by the coalition in its first weeks in power.

The lack of a clear strategy on PFI is a major stumbling block. investors will only participate if they know a project will be delivered

The government’s much-heralded mortgage guarantee scheme, NewBuy, is already showing signs of being hamstrung by a lack of interest from banks, who show little sign of increasing their lending to homebuyers.

Overall, out of 40 key government infrastructure schemes 15 require private funding. The desire to court private investment is understandable but, in doing so, the government is losing control of the timing of delivery on priority projects.

Obviously in a worldwide recession driven by fears over debt, securing private investment is difficult. Simon Rawlinson, head of strategic research at EC Harris, says: “It all revolves around money, and the tightening of finance in all directions is screwing us up royally, with many banks repatriating funds. This is working in a big negative feedback loop, meaning the treacle we’re in is getting thicker and thicker.”

As all this is happening, the principal form of private funding for construction that is understood and endorsed by the market, PFI, has been all but shut down. Fears over its cost-effectiveness led the government to commission a review but there are few indications of when it will report or what it might recommend. While PFI has never been a funding route for economic infrastructure such as roads and railways, it has been vital for the huge investment in new schools, hospitals, prisons, and homes in the last decade.

As a knock-on effect the launch of the PFI-funded £2bn Priority Schools Building Programme has been delayed while the review is being carried out, and anecdotal evidence suggests no new PFI projects are being signed off.

Ken Gillespie, group construction MD at Galliford Try, says: “The lack of a clear strategy on this is a major stumbling block. Investors are looking for certainty and this uncertainty on PFI is very, very unhelpful. They will only participate if they know a project will be delivered.”

One major factor affecting the decline is largely out of the government’s hands: the ongoing debt crisis in the eurozone. Last weekend Cameron said that Europe was nowhere near halfway through the chronic problem. The situation looked to have eased but has flared up again in recent weeks with concerns over the economies of Spain and Portugal.

The crisis damages both the demand and ability to finance projects, particularly in the vital London commercial market. Rawlinson says: “The City of London market is one that could respond the quickest, bringing projects back online.” However, it is hamstrung as potential occupiers eye events on the continent nervously.

Steve McGuckin, managing director of consultant Turner and Townsend, says Europe remains a concern but that things have improved. He says: “The jitters over the euro were particularly severe in the last quarter of last year, but from January we have seen some confidence return.”

The Government Construction Summit will be hosted by Building on 2 July and will feature sessions with government ministers and officials, including the Francis Maude, minister for the Cabinet Office. For more information visit www.governmentconstruction.co.uk