The UK has a critical shortage of homes suitable for retirement 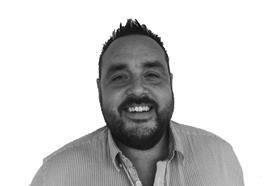 There are around 720,000 homes suitable for retirement in the UK - according to research conducted last year - but these properties can only accommodate seven per cent of the elderly population in the UK. That’s the size of the problem, which is thought by some commentators to be reaching crisis point.

Of the various property types which make up the 720,000, only 186,000 are available to buy. This is preventing a large number of the over-60 population in the UK from finding the right home for their retirement years, due to being unable to downsize. The same study found that there is in the region of 1.8 million homeowners who can’t leave their family homes and find a property more suitable, because of the shortage. Homes suitable for retirement can offer features such as a single level floor plan, more accessible storage and an absence of steps, to make life easier for residents.

It appears as though an overwhelming share of the new retirement homes are available for rental only. In many cases owned homes are of a higher quality than the rented properties which are available, but the scarcity of this size of home is becoming more of an issue.

A look at the building rate for properties suitable for retirees tells its own story. In 1989, it stood at 29,582 per year. Since the turn of the millennium, this rate has fallen to as little as 5,500 housing units per years which are fit for retirement. Geographically, the North East, Wales, Yorkshire and Humberside have been highlighted as the areas which the shortage has affected the most.

So what is the solution? Naturally, to build more. But how should this be done – from both an organisational and financial point of view? Government intervention certainly looks like it is needed, and the Confederation of British Industries (CBI) is among the voices to call for new public funding for the creation of new towns and ‘garden cities’.

The situation also represents somewhat of a golden opportunity for developers, and we have seen some reaction to this apparent gaping hole in the market. Big name developers such as McCarthy & Stone have been working to secure major funding to address the retirement home shortage in the UK, with that particular firm unveiling plans to get building by setting a new £2bn investment target over four years with Goldman Sachs.

It remains to be seen if the building rate can be increased sufficiently quickly enough to address the shortage. There are over seven million over-65s in the UK who own their home outright without a mortgage, and it seems this is the group which has the most pressing need to ‘right size’.

The government must not ignore the numerous advantages that can come with investing in a new wave of housing developments which are suitable for retirees. Perhaps the most significant of these is the potential easing of the burden on care homes. Allowing older people to stay in their own home for longer, in a sociable community environment, can only be a good thing.

Remedying the shortage of retirement homes in the UK won’t happen overnight, but a concentrated and collaborative effort needs to take shape now in order to accommodate the aging population.