The world in a pencil 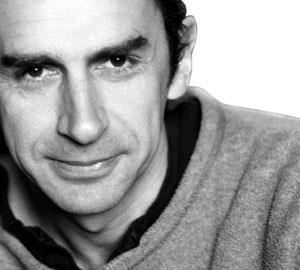 A graphite mark on a piece of paper is one of the most powerful, versatile and informative objects in the world. So why don’t engineers make more use of it?

In project meetings you sometimes see engineers struggle to draw a line, and then give up as they mutter “I’m crap at drawing”. This self-deprecating rubbish betrays a world of lost opportunity. In the hands of a proper engineer, a single line is as powerful a communication device as has ever been invented.

That sketched line conveys a physicality as great as the table on which it is drawn, describes in two dimensions a space that is as three dimensional as the building in which it is drawn, and carries natural forces as powerful as the Earth on which we stand. That doodled line, in the hands of a good engineer, is a code, shorthand for things that are really rather profound. To an engineer, that line is far more powerful than any spoken language. I once heard Chris McCarthy of Battle McCarthy say “I can draw in any language on the planet”, and everyone poo-pooed him as if he were a pompous twit, but of course on this occasion he was right.

So, shame on those engineers who allow feelings of inadequacy towards arty “drawing” to undermine their own value. And shame on those who scoff when they witness such a line being drawn. More fool them. Instead, it would repay them to study that line well, and treat it with respect, for there are rich rewards for those who can understand its real significance.

In an engineer’s line, there can be enough weight to crush a man, enough strength to save him, or enough subtlety to make a lot of people a lot of money

In an engineer’s line, there can be enough weight to crush a man, enough strength to save him, or enough subtlety to make a lot of people a lot of money. A line like that is not for novices, but properly handled, it conveys a proportion that comes from a true understanding of nature, and a rationality that, used properly, informs everything around us. An engineering line can be so strong that people, trucks and trains can travel on it. It sits on mighty foundations, even though they may only be drawn as delicate dots. The line is laden with personality, it can be fluid concrete or twanging steel, a glancing ray of light, or an onrushing racing car.

Contained within that line is a certain knowledge of how it is made. It knows about the steelyard and its workers, or the singer and her voicebox. The engineer’s line shouldn’t be confused with a picture; it is shorthand for reality, not a reflection of it. An engineer’s line has a physical presence, yet despite all of its knowledge it cannot help itself: the line has to move in response to physical laws learned in 3,000 years of technological development.

An engineer’s line is no trivial, flighty thing. On the contrary, the hand that draws it knows even then that it will be tested by everything the world can throw at it. At a time of rising sea levels, the precision of a line means a lot. To a water engineer, it is a river running into a hydroelectric power station with enough energy to light up a city. Archimedes’ principle can be reduced to a single line, and a ship engineer can give birth to an ocean liner.

The line is laden with personality, it can be fluid concrete or twanging steel, a glancing ray of light, or an onrushing racing car

For an acoustic engineer, the line becomes something you can hear, the path of a sound of such a beautiful mix of frequency and amplitude that it says “violin” to the listener and moves you to tears. Others, like the precise thrust line inside a gothic flying buttress, can hold up an entire cathedral. The medieval masters spent years agonising about this stuff, and yet we dismiss it so lightly. For example, Leonardo spends many pages of his codex notebooks using just this type of line … over and over again he explores with a single stroke of the pen why a ladder doesn’t fall down when a man climbs up it, or how water flows down a plughole, or how light moves through the human eye. The historian Martin Kemp rightly describes these drawings as “theory machines”. What mighty satisfaction there is to be found in a single well-chosen line.

I am sure modern engineers are not intimidated by someone who died 500 years ago, so how interesting it is that, with the theory machine still there right at our fingertips, we retreat so often from drawing in favour of the robotic behaviour of the computer. So, more power to those engineers who have the confidence to draw a line that speaks for itself and who understand the power and complexity of the instrument at their command. They are engineers with the whole world in the tips of their pencils.

Postscript. After I wrote this, I read Amanda Levete’s moving tribute to Jan Kaplicky (6 March, page 30), and was struck by her remark that “He knew ultimately you are judged not by how many cubic metres of concrete you pour but by your original thought”. Here, here, Jan.