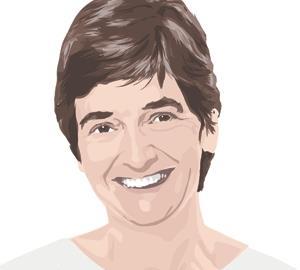 The JCT has just released a consultancy agreement for larger projects. Here’s what you should be aware of before you go ahead and sign it

In November last year the JCT published a consultancy agreement for public sector employers. It is aimed at projects that have enough size and complexity to warrant a team of consultants, which places it in the same part of the market as the consultants contract published by the Construction Industry Council (CIC) in 2007. The main difference is that the JCT has left the parties to decide which services they want to include, while the CIC’s contract has an integrated and detailed scope of services for all the consultants in the team.

This new agreement is clear, it makes fair provision for additional payment and includes demobilisation and remobilisation costs on suspension. The licence to use documents is subject to the payment of fees, and there are some protections for the consultant’s design in the event of termination at will. The client’s obligations are spelled out and there is a proper identification of the client’s brief and third-party agreements before the appointment is entered into.

Particularly welcome are the limits on liability. The guidance notes say these allocate “a fair balance of risk”. As with the CIC’s contract, the limitation is on the basis of a total aggregate liability with a separate limit for pollution and contamination claims. A net contribution clause can be added.

On the debit side there is no specific mention of claims in negligence, which is necessary if such claims are to be limited. Also, nothing is said about liability for asbestos and fungal mould, although the parties can stipulate a separate basis for this when agreeing the sort of professional indemnity (PI) insurance that is to be maintained. Perhaps this is because, as the guidance notes say, this is “not often relevant”. This will not be of much comfort to a consultant where it is relevant. The overall aggregate limit of liability should apply to such claims but the consultant’s actual PI cover is likely to be much more limited or non-existent.

It is usual for a consultant’s appointment to include a clear obligation as to the level of care that it is to use in performing the services. In many standard forms this is the common law duty to use reasonable skill and care. Here, it is provided that the services are to be performed in accordance with the client’s brief, exercising a higher duty of care – that expected of a consultant experienced in projects of a similar size, scope and complexity. This is comparable to the duty in the CIC’s contract and has been included for the same reason: that it should be generally acceptable for these sorts of projects.

It is not clear from the drafting whether the exercise of the duty of care is relevant only when considering whether there has been compliance with the brief, or whether it is to govern all the services. Nor is it clear whether the consultant is to be liable only if its failure to comply is a result of not meeting that standard or whether it is a strict obligation. If the latter, this could put the consultant outside its PI insurance, particularly if the brief contains fitness-for-purpose obligations.

There is a similar difficulty with the duty to perform the services in a manner “consistent with the cost plan, programme and any third-party agreements”. This too could be construed as a strict obligation, but perhaps we do not have to worry too much because later in the agreement it is provided that the consultant is not to be liable for any failure or delay to the extent that it is prevented by any event or cause that is beyond its control, unless this means it is to be liable in all other circumstances.

The parties are to identify who is to have collateral warranties or third-party rights but if the form of warranty is not specified the third-party rights set out in the schedule are to apply. These contain a deficient net contribution clause and, more seriously, the option for the consultant to pay a sum in addition to the cost of repairs. Where more than one beneficiary makes a claim, the total amount payable could exceed the consultant’s PI insurance.

It is anticipated that the consultant may be novated to a design-and-build contractor but it is given no opportunity to object to the contractor concerned when it might have legitimate reasons to do so. If the form is not agreed and attached, it is to be “such form as the client may reasonably require”. When the interests of the contractor and the consultant are so fundamentally different, it is difficult to see what form this could be.

The JCT sits on the fence as far as this is concerned – the guidance notes say only that several forms are available and that “novations, though commonplace, are not straightforward”. It is to be regretted that the JCT did not wholeheartedly endorse the CIC form of novation agreement which, in my view, correctly sets out the responsibilities and thus the liabilities of the consultant in such circumstances.

Rachel Barnes is a partner in Beale & Co