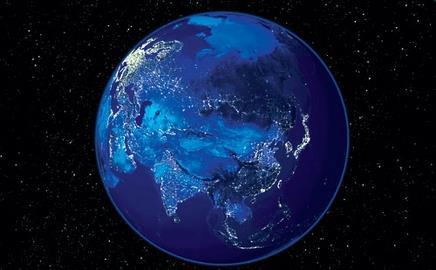 To take the sustainability debate global, Building began an email conversation between green experts from around the world. Here three of them, from Australia, the US and the UK, discuss the role of legislation in designing and constructing green buildings. Ché Wall of Australia kicked off the emails …

We recently had a visit from Michael Braungart, the German environmental chemist from green consultant MBDC. In his keynote address to our Green Cities conference he provocatively declared that the green building agenda in Australia was faced with its biggest threat – a government that cares! Seeing as you two seem to have had these for a while now, I was hoping you could share some insight.

His comments were informed by the way the transformation of the Australian property market has occurred in a regulatory void: the government’s contribution was to phase out tungsten bulbs – a “world first” borrowed from Cuba.

When we started the Green Building Council of Australia (GBCA) in 2001, the country didn’t even have energy standards in its building codes. Now, the biggest blue-chip tenants are insisting on paying more rent and adopting best practice when it comes to sustainability, which is increasing the asset values of greener property. The market now drives itself and has produced a world-class skills base. I believe that a government-led effort would have led to a very different market.

Australians can be quite competitive and this has proved pivotal in driving the transformation of our industry. Each developer wants to produce a greener building than its competitors and each tenant that reports on corporate social responsibility wants to exceed the benchmarks established by its immediate competition. Combine this with the competition between states in Australia and we are rapidly approaching obsolescence for non-green assets, which is the holy grail for market-driven sustainable development.

Our new government appears sincere in trying to secure global leadership on climate change. The “Garnaut report” – our version of the UK’s Stern report – is to be published later this year. Its preliminary findings suggest that Stern was too conservative. We also have policies for a national greenhouse gas and energy use-reporting framework, and mandatory disclosure.

Instinctively, we should welcome these moves. However, each proposal put to public review thus far fails to embrace the environmental language that has driven our industry during the time of national policy uninterest. More importantly, the policies seem distant from the complex interactions and assigned responsibilities that make up the property sector.

I would appreciate your thoughts on the role of legislation from a UK perspective. On my recent visit to London I was amazed, and somewhat disturbed, to see the extent of the government’s reach into the sustainable property space.

The worst-case scenario is that our new federal government will rush to outshine the UK in the breadth and earnestness of its legislation.

Am I being overly sceptical regarding the role of well-intentioned, socially responsible governance? Can regulation really drive best practice and competition?

Michael Braungart might have a point! The UK administration can’t be accused of lacking ambition, but it’s easier to say the right things at G8 summits than to deliver a genuinely sustainable future.

The UK government certainly appears to care. Over the past 10 years it has set all sorts of targets for reducing carbon and increasing renewable energy, and it has had endless rounds of consultation on what should be done. More recently, we’ve had the Code for Sustainable Homes and the prime minister’s commitment to make new homes zero-carbon by 2016 and non-domestic buildings zero-carbon by 2019.

The ambition to make new buildings “zero carbon” is a great soundbite for any politician, but there’s no clear definition of what zero carbon actually means.

Plus, when a government adopts an issue like zero carbon as a key policy measure, it can distract from important issues such as delivering national renewable energy targets.

It’s an indictment of our administration that we still do not have a strategy for improving the performance of existing buildings. As more than 60% of our 2050 building stock has already been built, the government should be focusing on this.

The frustration for many of us is the lack of effective drivers. The problem is that tackling the existing stock is not easy politically. It is, however, a litmus-test of how much a government really cares about tackling climate change and the lack of courage on this issue is telling.

The other problem about the government’s fixation with zero carbon is that it ignores social and economic sustainability. It doesn’t account for the fact that a rush towards zero-carbon buildings could result in perverse outcomes. If we end up with “zero-carbon” structures that are uneconomic to maintain, are built on flood plains, overheat in summer and have poor acoustic performance, they will be unfit for people. We can’t call this sustainability.

There are some who think we’re in danger of entering a period of initiative overload. In the last few weeks alone we have had the launch of mandatory energy certification for commercial buildings and the publication of the eco-towns shortlist.

There is also a concern about the government’s increasing use of green rhetoric. David Lock, chairman of the Town and Country Planning Association, recently said: “There has never been a true zero-carbon settlement and the eco-towns will not achieve it, either. They’ll generate less greenhouse gas than normal, but to call it zero carbon is slack language.”

The government should try to stimulate consumer demand, then allow the market to respond. Regulation has its place, but so do tax incentives and other fiscal measures.

The road to hell can, however, be paved with good intentions, and we are likely to get to hell quicker when politicians try to “out green claim” each other. The Welsh assembly has announced that buildings in Wales will be zero carbon by 2011, beating England by five years. Perhaps success at rugby has gone to its head!

In the US, the enormously popular and rapidly evolving family of rating systems known as Leadership in Energy and Environmental Design (LEED) has engaged the private sector in a big way, with more than 10,000 project registrations to date, each averaging more than 10,000m2 in area. Cumulative LEED project registrations and certifications have been growing at more than 65% a year since 2005. That a building must be certified “green” has engaged the attention of those who put their money on the line.

Not to be outdone, more than 100 governmental agencies have put LEED “handcuffs” on their own projects. About 20 large and mid-sized cities now have LEED mandates, and Los Angeles and San Francisco have done the same for the large private projects.

More than 400 university presidents have signed up to a climate change commitment, which is leading to tremendous growth in LEED buildings in that sector. It is the same for local governments, with more than 800 mayors of cities large and small signing up to a similar commitment.

What works, according to a study I did last year, are direct incentives that private parties can translate into monetary value, such as the faster handling of building permits and gaining easier entitlements to build new developments. Each costs the government nothing, and raises the bar for everyone else.

So far, so good. Now what is needed are financial incentives that lower the cost of green buildings. In this area, our national government has been quite deficient, even with the Democrats controlling the Congress since early 2007. We’re still waiting to see what they produce this year.

Our incentive of 30% federal solar energy tax credit is due to expire at the end of 2008, and it has produced an explosion of investment in solar power systems, both residential and commercial. Money talks; everything else is just chatter and noise.

Which brings me to the UK’s latest venture: energy performance certificates with grades of A to G required by October 2008 for all private developments. This is a brilliant idea! Who would want to rent space in a D, E or F buildings when A, B or C is available? It costs the government nothing except standard-setting and enforcement, yet engages the private sector brilliantly. The UK is also promoting (although right now only for the public sector) display energy certificates that specify how much energy a building is actual using. Again, a brilliant way to push the energy upgrade market ahead for existing buildings. Both of these measures deliver information, meeting David’s objection to endless consultation, manifestos and white papers. They cost the government little and engage the private sector.

I intend to promote both the latter two programmes in the US. Information is the key commodity of our age; it is virtually carbon-free, political party-neutral, indestructible and readily available to all. Why not start there?

All three of these debators will be speaking at the Think conference next month on 7 and 8 May. For more information on the event go to the Think website