Time for joined up thinking 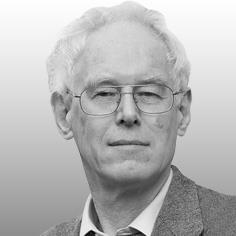 In my piece last month, I wrote about the performance gaps between expectations and outcomes for low-energy and carbon buildings. I argued that they had arisen from policymakers confusing building performance with construction and a chronic lack of involvement in in-use performance by industry and government. I pleaded for a shared technical infrastructure to support the creation of a better and genuinely low-energy and low-carbon building stock from our existing and new buildings.

Economists are always looking for the counterfactual: what happens if one doesn’t do what is proposed? The past few weeks have produced many examples of how effort is wasted in the absence of what I call a Technical Platform: a joined-up system that converges on the only thing that really matters: how buildings perform in use and how to get the myriad players involved to make improving performance their prime objective. I’ll touch on three examples of that wasted effort here.

Please may we have an independent Technical Platform, which can help bring things together, unite the efforts of government, industry, and the public, and be properly supported by the professions and academe?

First, Shining a Light, published in August by CBI, the Confederation of British Industry. It sees energy efficiency as an overlooked business opportunity, encourages businesses to take charge, and asks government to step up its efforts to deliver streamlined and coherent policies. It notes that EEDO, the Energy Efficiency Deployment Office was established in 2012 to take the lead and to join things up, but that disconnects persist between supply, demand, heat and electricity within DECC itself. One must also ask why so many other departments are involved in buildings and energy policy, including DCLG, BIS, Defra and the Treasury.  Shouldn’t there be much more of a focus?

Next ESOS, the Energy Savings Opportunities Scheme. This relates to Article 8 of the EU Energy Efficiency Directive, which requires a programme of regular energy audits for large enterprises. The consultation period ended on 3 October. DECC estimates ESOS will affect some 7,000 enterprises and 200,000 buildings. We could have laid the foundations long ago by having Display Energy Certificates (DECs) for commercial buildings based on actual energy use, with a powerful benchmarking system, and energy data automatically updated by the utilities. Announced in 2006, these have not happened in spite of several false starts. Why?

·       The government did not invest anything in the technical infrastructure for benchmarking, so did not gain the confidence of some industries, particularly retail.

·       Ofgem saw automatic updating as an unfair burden on the utilities.

·       Government was – and still is - fearful of “gold plating” EU Directives. Sadly the unintended consequence of this has been to produce myopic regulations that respond to Directives clause by clause, not the integrated suite of streamlined, joined-up regulations that CBI would like to see.

Finally, the UK Green Building Council has just set up a task group “to help define and build support for an ambitious definition of zero carbon for non domestic buildings that works for industry”. Why do we need this? We have already had the shambles of the domestic definition. We need proper engineering scales for measuring things, on which we can then place our political and commercial ambitions. To do it the other way round is Orwellian.

Please may we have an independent technical platform, which can help bring things together, unite the efforts of government, industry, and the public, and be properly supported by the professions and academe? What is the counterfactual? Much wasted effort as we go round in circles, or re-invent square wheels, instead of focusing our efforts on improving the performance of our buildings.

I can’t end without a quick comment on Hinkley C. How come we still think nuclear power is a good idea for the UK? Would we have even needed to think about it if we had joined-up technically well-informed government, and invested properly in understanding and improving the demand side?