Why do time bar provisions strike down all of a claim, not part of it? Standard forms should allow a less extreme option 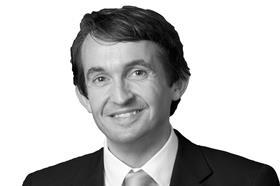 Time bar provisions are found in many construction contracts. They normally govern claims by contractors (for extensions of time and additional payment) but they can also apply to employers’ claims. They require the right document with the right level of information about a claim to be sent in the right way to the right person within the right time. If any of these requirements are not met for a given claim, it is said to be wholly barred.

Often it is the time requirement that is not met. The time requirement is usually a somewhat arbitrary period. For instance, the first and second editions of the NEC’s engineering and construction contract specified a period of two weeks. NEC3 quadrupled it to eight weeks, which NEC4 has stuck with.

Ways are found to avoid barring entire claims (especially larger claims), even if those ways strain the law or the facts

Non-compliance with time bar provisions is commonly due to inadequate methods for identifying potential claims. Greater use of better technology should combat this, but non-compliances will still be inevitable. That is partly due to the reticence of some parties in notifying claims. This may be because it is wrongly assumed that the other party will not invoke a time bar provision. It is also spurred on by a disbelief that a third-party dispute-decider would bar an entire claim.

There is some justification for this disbelief.

It is clear that many adjudicators are reluctant to – and do not – enforce time bar provisions. Ways are found to avoid barring entire claims (especially larger claims), even if those ways strain the law or the facts.

This is important because far more disputes are decided by adjudicators than by our courts. Generally speaking, our courts support the enforcement of time bar provisions (see, for example, Multiplex Constructions (UK) Ltd vs Honeywell Control Systems Ltd (No. 2) (2007), [103]). However, our courts have occasionally been very willing not to enforce. In one Scottish case a time bar provision was found to have been waived based on little more than an employer omitting to raise it when the contractor’s claim was rejected on other grounds (City Inn Ltd vs Shepherd Construction Ltd (2010), [86]). It did not matter that the time limit had already elapsed; the contractor’s reliance upon the employer’s waiver arose simply from pursuing its claim.

The reluctance to enforce time bar provisions is despite their recognised benefits. First, there is the benefit of investigating and resolving claims contemporaneously. Second, when a claim is notified, sometimes the other party may react by, for example, issuing or withdrawing an instruction. The key problem is that these benefits seem less important when the decision has to be made whether to bar an entire claim that is otherwise meritorious.

FIDIC’s standard forms of 2017 adopt a different approach. They do so while adding various new time bar provisions that did not exist in FIDIC’s previous (1999) suite. It remains to be seen if this heralds an even greater use of time bar provisions in construction contracts.

FIDIC’s approach is to give certifiers and dispute-deciders a discretion to waive the late notification or particularisation of a claim if there is no prejudice. Unfortunately, the key problem remains: when it comes to deciding whether to bar an entire claim that is otherwise meritorious, the benefits of addressing it earlier will seem less important. The discretion merely provides a simpler way to avoid barring claims.

It is unclear why our contracts persist in requiring a binary decision – whether or not to bar a claim 100%. It is high time our standard forms facilitated a less extreme option, namely to provide that if a claim is not duly notified, x% of the entitlement otherwise due is barred. This option could supplement (or replace) the approaches adopted by NEC and FIDIC.

Standard forms already give parties similar choices – for example, when fixing limits on liability – with a default position if they make no choice. The parties’ active choice of a percentage should confirm their commitment to the time bar provision and help reduce non-compliance. The parties may well decide that far less than a 100% barring effect is enough to incentivise the addressing of claims while they are current. They may well also decide that the time bar provision is likelier to be enforced. In any event, this is one area where greater party choice should be promoted.